Willie McGinest knows the drill. He’s played for Bill Belichick. He knows how New England Patriots are expected to handle themselves when speaking with the media.

He wanted to make sure Kendrick Bourne does, too.

McGinest, the Patriots Hall of Famer who now works as an analyst for NFL Network, put Bourne through what he called the “Offical Patriots Test” during Wednesday’s episode of “NFL Total Access.”

“You guys are looking good in the division,” McGinest told him. “Are you guys ready for the playoffs, and is this team a Super Bowl-winning team?”

“Man, we’re honestly just focusing on the next day,” Bourne replied. “Day by day, not getting ahead of ourselves –“

Bourne, who’s in the midst of a career year in his first season with New England, later joked on Twitter that he’s been fully “programmed” by the Patriots.

Though they’ll never acknowledge it publically, the Patriots do look like one of the NFL’s best teams at the moment. They’ve won six in a row since beginning the season 2-4, outscoring opponents by a combined score of 211-63 during that span. At 8-4, they lead the AFC East by a half-game over the 7-4 Buffalo Bills and sit just a half-game back of the Baltimore Ravens for the top spot in the AFC.

The Patriots and Bills will square off this week on “Monday Night Football.” 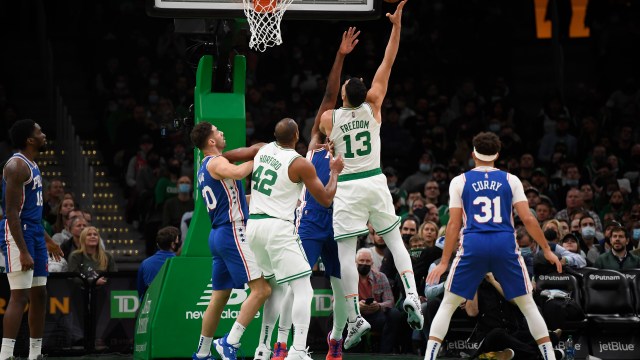