This is what the NFL postseason is all about.

The No. 4 seed Cincinnati Bengals won their first playoff game in over 30 years in the wild-card round over the Las Vegas Raiders and followed it up Saturday by knocking off the top-seeded Tennessee Titans on the road, 19-16.

It was an uphill climb for the Bengals against the Titans — even allowing an NFL record nine sacks — but Joe Burrow and co. still were able to overcome Tennessee thanks to the leg of kicker Evan McPherson who drilled a 52-yard field goal as time expired to send Cincinnati to the AFC Championship game.

With the win, it’s the first time the Bengals have clinched a ticked to the championship game since they beat the Buffalo Bills in 1988.

The Bengals’ magical playoff run will continue Sunday Jan. 30 as they take on either the Kansas City Chiefs or the Buffalo Bills on the road. 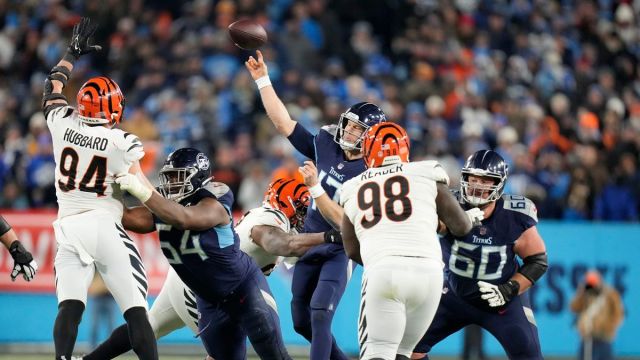