BOSTON — The Boston Bruins officially have their starting goaltender back.

After months of speculation as to whether Tuukka Rask would return to the Bruins after having offseason surgery to repair a torn labrum in his hip, or whether he even would play again, the Boston netminder finally returned to the ice Thursday in a 3-2 win over the Philadelphia Flyers.

The longtime Bruins goaltender didn’t look half bad in his return stopping 25 of 27 shots faced on the night and even sent away two different breakaways to help Boston secure the win. Things almost got messy towards the end of the contest as the Bruins dealt with penalty issues, but Rask shined brightest with the game on the line to earn his first win of the season.

Not playing in a game since June did impact Rask a bit, but it wasn’t more than he could handle.

“It was very much out of the normal I guess the way I was feeling before the game. I’m not used to this gameday routine, it’s been many months since the last game so yesterday really helped that I got the experience for gameday and obviously today playing. It was great to see the fans’ support,” Rask said.

“It felt like I was home, basically. The start wasn’t the easiest, there was no shots for the first I don’t know how many minutes. But luckily there was a couple feel-good shots so then you kind of get yourself in it. It was a good first game from a goaltender’s perspective to get those shots and get yourself back in it.”

“I think as I said, there’d be some scrambles around the net or puck play that he’s going to have to get used to the timing. But in terms of just tracking the puck and playing the game and stopping the puck it looked like old Tuukka,” Cassidy said after the game. “Talking to him after (he said) there were no issues with the surgery. A little bit sore in some spots but I think that’s just from not playing for a while so it’s just muscular. He got tested late, obviously. They spent a lot of time in our end with the penalties and empty net, but good for him. I’m glad to see him come through. I think the guys play hard for him, especially when we needed to down the stretch 5-on-3 clearing the front of the net.”

Here are more takeaways from Bruins-Flyers on Wednesday:

— David Pastrnak continued his red-hot streak in Boston’s win over the Flyers. After a slow start to the season scoring-wise, the 25-year-old has turned it on of late scoring seven of his 16 goals this season in just the last four games, including his 11th career hat trick in Thursday’s win.

— Urho Vaakanainen also has been impressive lately as he’s seen extended time and earned some praise from Cassidy after the contest.

“He’s a harder defender,” Cassidy said. “Some of that is maturity and some of it is getting to know the league that you have to come ready to play every night. That there’s not one player out there that’s going to let you off the hook so you better be dug in and play with urgency. I think with Vaak where we saw earlier was his puck play was cleaner, tonight it wasn’t as clean. Now some of that is a lot of minutes back-to-back. Vaak can skate a lot of pucks out of trouble. He’s got good feet, he can separate. He has the ability to do that. We just have to instill some habits in him and some confidence.”

— The Bruins arguably have been the best team in hockey since the league returned from its extended holiday break. Over the last eight games the Bruins are 7-1 and will look to extend their win streak to five Saturday as they take on the Predators. All coverage can be found right here on NESN beginning at 12 p.m. ET. 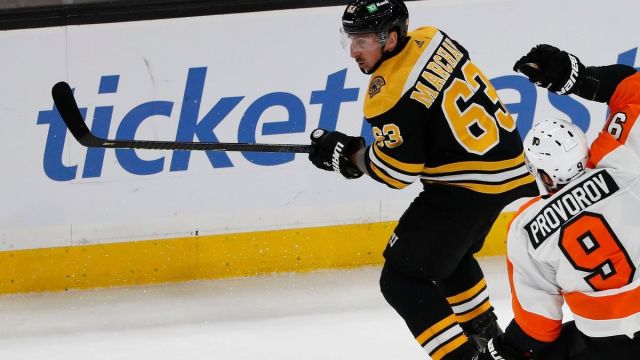 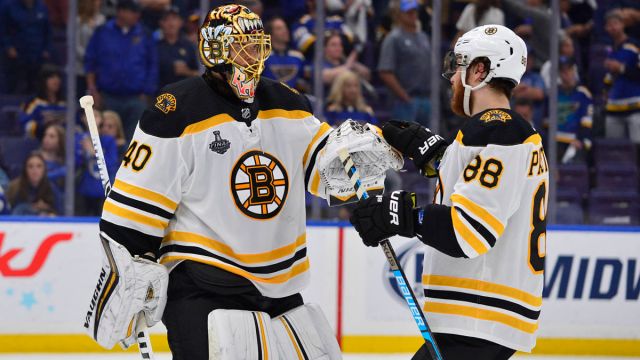