Rob Gronkowski needed seven catches and 85 yards in the Tampa Bay Buccaneers’ final game of the regular season in order to meet contract incentives that would net the tight end an extra $1 million. And in a blowout 41-17 victory over the Carolina Panthers, he succeeded.

Gronkowski finished with seven receptions for 137 yards, though he was not one of five different Buccaneers players who found the end zone. In his postgame press conference, he jokingly let reporters in on how he might use the money.

“It’s cool to hit those,” he said. “Gonna have to bring out all the tight ends out to dinner, couple of the quarterbacks. I don’t bring Tom (Brady). I’ll bring the backup quarterbacks out to dinner and all that good stuff. Take my coach out to dinner. Everybody’s expecting a little handout.”

Gronkowski also gave credit where it was due, complimenting the other tight ends and the coaching staff.

“It was cool to hit it and celebrate it a little bit,” he said. “But we’ve got the playoffs, so that’s what we’re going to be looking forward to most from here on out.”

The 32-year-old finished the season with 55 receptions and 802 yards, scoring six touchdowns in 12 games for the defending Super Bowl champions. His yardage total is his most since 2017, when he logged 1,084 in an All-Pro season with the New England Patriots. 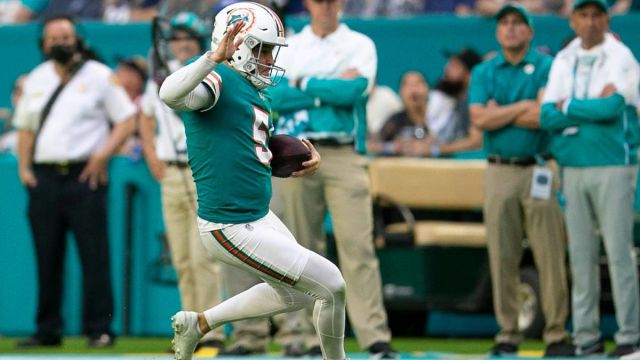 Brandon Bolden Speaks Out About Controversial Penalty In Patriots-Dolphins 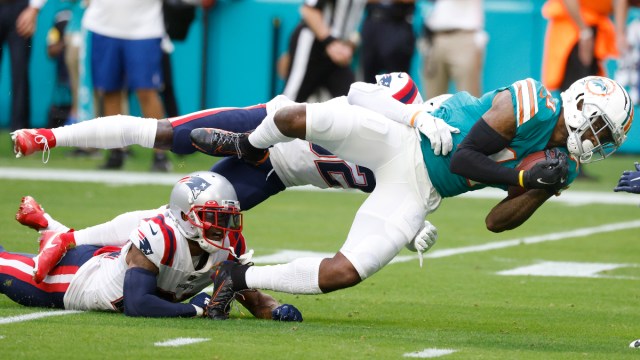