How unhappy was Rob Gronkowski during the 2017 New England Patriots season? So unhappy that he actually celebrated a midseason suspension.

The former Patriots tight end reflects on that year during Episode 8 of Tom Brady’s “Man in the Arena” docuseries, which premieres Tuesday on ESPN+.

“That was a time where Gronk was getting called for a lot of penalties,” Brady says. “Every time Gronk would touch someone, they would throw a flag on Gronk. But then, at the same time, they could drape their arms all over him and not get called for any penalties. … Our own team started getting on Gronk for that, and Gronk was like, ‘I’m just trying to play ball.’ “

Gronkowski’s frustration boiled over during a Week 13 win in Buffalo. After cornerback Tre’Davious White got away with a hold on an interception, Gronkowski speared him while he was on the ground, leaving White with a concussion.

Gronkowski publicly apologized after the game, but he was hit with a one-game suspension. The ban was costly for the Patriots — without their star tight end, they lost to the Miami Dolphins the following week, going 0-for-11 on third down — but downright therapeutic for Gronkowski.

“I was happy,” he says. “I was finally happy. I was like, ‘Yes, I’m away from football for a week. I get to recover my body.’ I mean, when you’re running full speed into people, it definitely was taking a toll on me. … You need to recover from football, and that’s what a lot of people don’t understand out there. It’s just grind, grind, grind. I lost a game check — I lost a paycheck; it was about $300,000, that game check — and I didn’t even care one bit. I was just glad I had a week off from football, because I needed it.”

Gronkowski’s first game back was one of the best of his career: a nine-catch, 168-yard tour de force in a dramatic win over the Pittsburgh Steelers.

“I got to remember that I was Gronk again,” he says. “… I went out there for the Steelers game just telling everybody that I was going to ball out before the game even started. And then, what happened?”

The disparity in penalties was only one reason for Gronkowski’s discontent that season. In the episode, he takes a series of not-so-subtle shots at Bill Belichick’s approach to practice, which he says left his body more worn down than it needed to be.

“If I was practicing, I would be practicing three days, full speed,” Gronkowski says. “I didn’t need that. I don’t need to be grinding my body into the dirt. … I was so beat down from the season. I was like, ‘I’m good.’ …

“It was a tough season. It was a grind season, for sure. Let me tell you, it wasn’t really that fun of a year. It was just a little eerie, the atmosphere with the Patriots.”

Gronkowski uses that word — “eerie” — multiple times to describe the 2017 season, which ended with a loss to the Philadelphia Eagles in Super Bowl LII.

“There was a lot of guys, including myself, that just weren’t really having a good time,” he says. “We would just show up to show up, go out to practice. I mean, we did what we needed to do. We were winning games still. (But) it definitely was taking a toll on me.”

Gronkowski wound up playing one more season with the Patriots — winning a Super Bowl in 2018 — before retiring. A year later, he came out of retirement to join Brady in Tampa Bay.

Brady also did not find the same joy in the ’17 season, during which his body coach, Alex Guerrero, who also appears in the episode, was banned from the Patriots’ sideline and team plane.

“Every day felt like there was some kind of dark cloud over what we were trying to accomplish, for one reason or another,” Brady says. “… Even though we were being very successful, even though I was playing great, it didn’t matter, because I was still dealing with the constant negativity. The media were going to cause division, make people take sides. I think the noise was just getting louder.”

Brady closes the episode by foreshadowing his eventual exit from New England, which came after the 2019 season.

“I learned a lot about people that year (in 2017),” the quarterback says. “Learned a lot about relationships and who was in your corner and who wasn’t. Based on how things were going, I maybe in a way held out hope that I would begin to have a different type of feeling toward going to work every day, and maybe I could find more joy. But I did know that if things were going to continue the way they were heading, that I couldn’t do it anymore.”

Episode 8 of “Man in the Arena,” a co-production by ESPN, Religion of Sports, 199 Productions and NFL Films, premieres Tuesday at 9 p.m. ET on ESPN+. 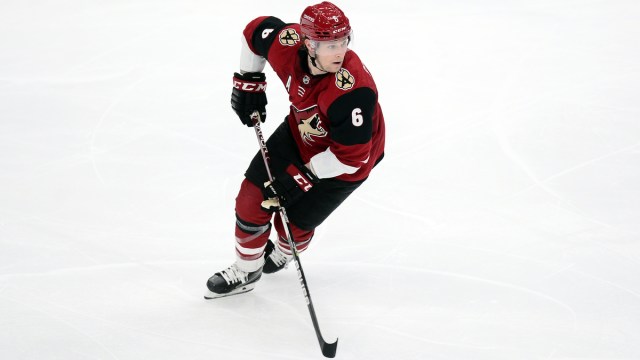 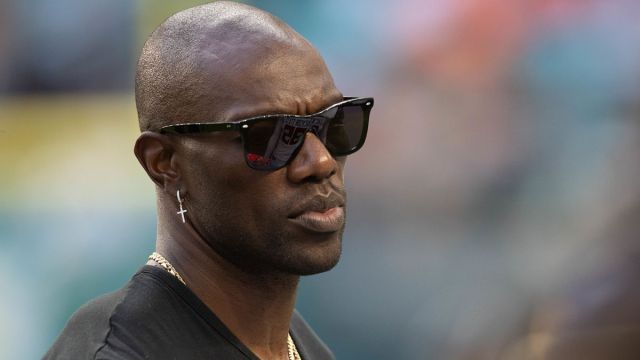