It’s that time of the season where minor mistakes that surfaced during the first 18 weeks can turn into fatal flaws for all 14 NFL playoff teams competing for Super Bowl LVI.

Some teams have better chances to win than others, as acknowledged by their Super Bowl odds on DraftKings Sportsbook. We also argued one reason why each team could hoist the Lombardi Trophy.

On the other side of that, though, are the factors that ultimately could prohibit each postseason team from making it to SoFi Stadium in February. Let’s now go over those.

AFC
1. Tennessee Titans (+850 to win Super Bowl)
It seems the Titans will benefit from running back Derrick Henry returning, which will provide an obvious boost to the offense. But that offense was minus-3 in the turnover department this season. Ryan Tannehill threw 14 interceptions while contributing 10 of Tennessee’s 25 fumbles. It’s worthy of noting that six of the last seven Super Bowl champions have had a positive turnover differential.

2. Kansas City Chiefs (+450)
Patrick Mahomes hasn’t been at his best this season. He more than doubled his interceptions from 2020 (13), and recorded a career-worst yards per attempt (7.6) and a career-low quarterback rating (62.6). Yes, the Chiefs can get by their first-round opponent, the Steelers, with the playmakers and running game they have, but they’re going to need Mahomes at his best to make a third straight Super Bowl appearance. If not, that probably means the end of Kansas City’s campaign.

3. Buffalo Bills (+800)
The Bills have the passing attack, led by quarterback Josh Allen and wideout Stefon Diggs, but they struggle when they’re not able to run the ball. Buffalo is 0-4 when failing to run for 100 yards or more, and the Bills did so two of those four times against AFC playoff teams like the Patriots and Titans. The Bills were much better on the ground down the stretch, but if they go back to their midseason ways, their one-dimensional offense can be stopped — especially with cold temperatures in Buffalo.

4. Cincinnati Bengals (+1800)
The AFC North champion Bengals have allowed more sacks than any team in the playoffs (55), and their inability to protect quarterback Joe Burrow could lead to their demise. Cincinnati finished third in sacks allowed throughout the league. That type of shaky pass protection won’t hold up if the Bengals have to keep up with teams with explosive offenses, like the Chiefs or Bills.

5. Las Vegas Raiders (+6000)
The Raiders, while putting together four straight wins to earn a spot in the postseason, don’t have the horses on defense to limit some of the high-powered offenses. Las Vegas has a good-not-great pass rush led by Maxx Crosby (eight sacks), but the back end ranks dead-last in interceptions and 29th in forced turnovers. The Raiders allow the 26th most points per game.

6. New England Patriots (+2200)
You’ve probably already heard the storyline: No rookie quarterback has ever won the Super Bowl. Mac Jones put together a stretch worthy of Offensive Rookie of the Year consideration, but he has taken a step back during the last month (except against the Jacksonville Jaguars). When the Patriots found themselves in games where they trailed early on, Jones was not able to lead them back. If New England plays its run-first style from ahead, it could be fine. But if the Patriots ever fall behind with a double-digit deficit, it could be over.

7. Pittsburgh Steelers (+9000)
Ben Roethlisberger sits on the complete opposite end of the spectrum when it comes to playoff-bound quarterbacks. The 39-year-old Big Ben looks ancient in the pocket and has showed a drastic change in his ability to throw the ball. It would be a stunner if Roethlisberger led the Steelers on a postseason run, and he’s admitted it, too.

NFC
1. Green Bay Packers (+380)
Green Bay’s special teams units, especially the field goal operation, doesn’t offer much confidence, with kicker Mason Crosby missing nine field goals (25-for-34) on the season. His 73.5% success rate is his worst since 2012 and the second-worst of his career. Crosby, obviously, has plenty of experience kicking at Lambeau Field, but three of his nine misses came at home this season, and he went 50% (4-for-8) on kicks between 40 and 49 yards. Aaron Rodgers can orchestrate potential game-winning drives while trailing by one point, but a missed Crosby kick could end it for Green Bay.

2. Tampa Bay Buccaneers (+800)
We’re not willing to bet against Tom Brady and the Buccaneers, but the reality is so much of the postseason comes down to who is healthiest at the right time. Tampa Bay is injury-riddled. Bucs wideout Chris Godwin and cornerback Richard Sherman are out for the season, while running back Leonard Fournette and linebackers Lavonte David and Shaquil Barrett are all working through injuries.

3. Dallas Cowboys (+1200)
The Cowboys, in recent memory, always have gotten in their own way, whether it be based on coaching or avoidable blunders that come back to coaching. Mike McCarthy shouldn’t instill confidence as a top-five (top 10?) head coach this postseason with questionable decisions lining his past. Dallas also is the most penalized team in the NFL. Talent might only get them so far.

4. Los Angeles Rams (+1000)
For the Rams, everything comes back to Matthew Stafford giveth and Matthew Stafford taketh away. Stafford threw 17 interceptions in 17 games, including seven in his last three games, with four pick-sixes on the campaign. Stafford, who is 0-3 in playoff games in his career, could cost the Rams an attainable Super Bowl shot if he continues to play loose with the ball.

5. Arizona Cardinals (+2500)
The decline of the Cardinals will conclude if the second-half regression of Kyler Murray continues. Following a strong start to the season — I mean, Murray was viewed as an MVP candidate at one point — the dual-threat quarterback since has completed 65% of his passes while scoring five touchdowns and taking eight sacks in the last four weeks. Arizona, already without wideout DeAndre Hopkins, won’t go deep into the postseason if Murray can’t propel them there.

6. San Francisco 49ers (+2000)
You guessed it, another quarterback-related situation. A playoff run frequently comes back to the position, and Jimmy Garoppolo can be very inconsistent. He’ll have highlights, like when he led a Week 18 comeback against the Rams to get into the playoffs, and then lowlights, like that of a Week 4 clunker against the Seattle Seahawks, who failed to make the playoffs. San Francisco frequently wins in the trenches, but one or two missed throws (or interceptions?) by Garoppolo could make all the difference.

7. Philadelphia Eagles (+6000)
The Eagles are just about the furthest thing from battle-tested, as they did not record a single win against teams that qualified for the postseason. Philadelphia went 0-2 against the Cowboys, with other losses to the 49ers, Chiefs, Buccaneers and Raiders. The fact they don’t have the passing offense to keep up with the likes of the Bucs, Packers and Cowboys could prove to be an issue, as well. 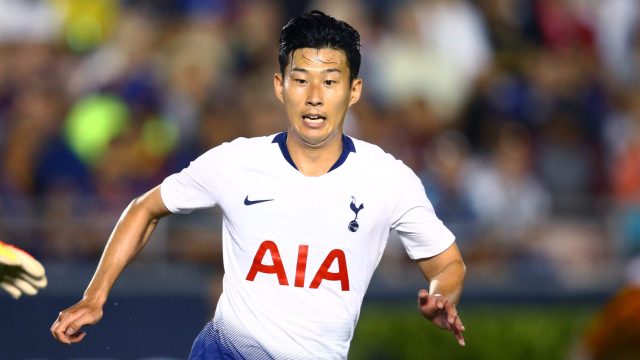 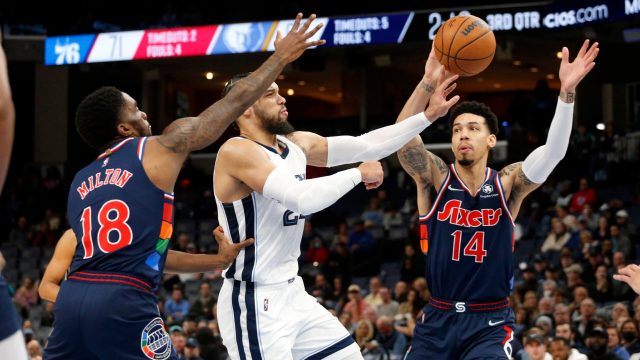