After the Browns made a significant move under center, Baker Mayfield started to think about his next step.

Mayfield obviously knew his days in Cleveland were numbered when the organization acquired Deshaun Watson in a blockbuster trade with the Houston Texans. The NFL is first and foremost a business, but as Mayfield recently explained on the “YNK: you know what I mean?” podcast, he felt the Browns disrespected him with how they handled the situation.

The show’s host, hip hop artist mike., proceeded to ask the fifth-year signal-caller if he knew what the future might hold for him.

“Oh, man. If this would have been a week and a half ago, I would have said Indianapolis,” Mayfield said. “Seattle, I mean, probably the most likely option. But even then — I’m just ready for the next chapter.”

Mayfield’s logic at the time was sound, as the Colts needed a new QB after trading Carson Wentz to the Washington Commanders. But Indy effectively said “no thanks” to Mayfield by trading for 36-year-old Matt Ryan.

The Seahawks potentially could look into Mayfield as a Russell Wilson backfill, and oddsmakers like the 27-year-old’s chances of ending up in the Pacific Northwest. But a recent report indicated the Carolina Panthers actually have the “inside track” to land Mayfield.

Mayfield probably isn’t going to make any team a Super Bowl contender. But at the very minimum, his next club will be bringing on a highly motivated player. 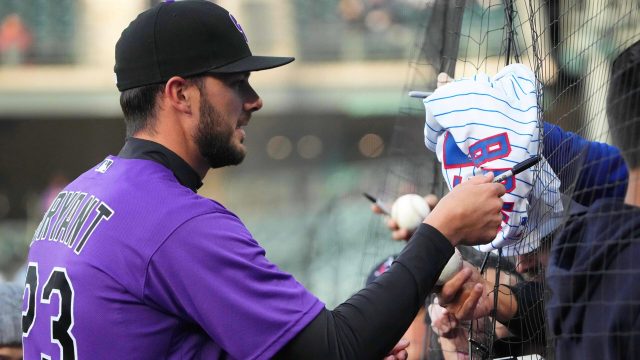 Colorado Rockies 3B Kris Bryant Status for Sunday in Doubt