Thursday potentially could be a bittersweet night for the Patriots.

On a positive note for New England, Bill Belichick and company have a chance to add the franchise’s next great player with the 21st overall pick in the 2022 NFL Draft. On the flip side, New England could experience a new headache if one of its fiercest foes pulls off a blockbuster move.

And that apparently is not off the table. According to ESPN’s Rich Cimini, there’s a non-zero chance the New York Jets acquire Deebo Samuel from the San Francisco 49ers during the first round of the draft.

“What I’m hearing: Deebo Samuel/Jets ain’t dead yet,” Cimini tweeted Thursday morning. “This sets up the possibility of the ultimate draft-night drama. Quite possible both teams waiting to see what’s available at 10 before pulling trigger.”

The Jets arguably are the most practical Samuel suitor at this juncture. New York has the assets to satisfy San Francisco’s desires and the financial means to give the star wide receiver the lucrative, long-term deal he surely covets. The Jets also appear to be motivated to improve their playmaking corps, as they reportedly made runs at both Tyreek Hill and DK Metcalf this offseason.

Should the Jets ultimately land Samuel, it would leave the Patriots as the only team in the AFC East without a bonafide No. 1 wide receiver on their roster. 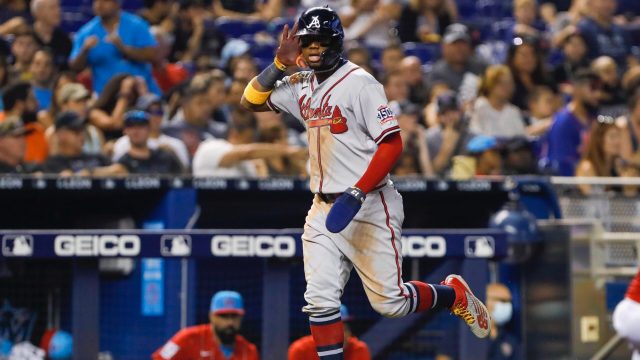 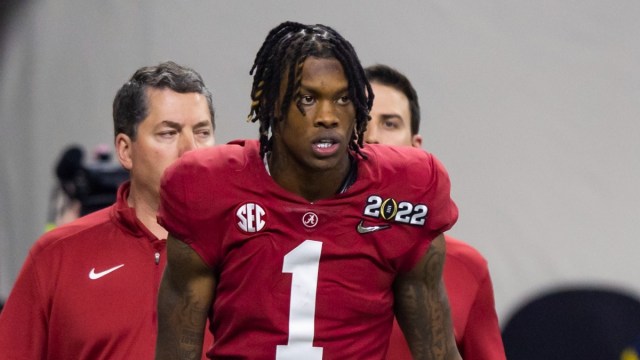 NFL Draft 2022: Patriots Trade Up For Wideout Among 5 Bold Predictions