The phrases “Red Sox” and “pitching prospects” haven’t produced much in the way of tangible big league success recently.

Sure, Boston has had some very good teams in recent years, but those clubs were buoyed on the mound by pitchers like Chris Sale or Nate Eovaldi or even Garrett Whitlock, arms acquired either in their prime or at the height of their development.

Fittingly, both Espinoza and Kopech were traded for pitching (Craig Kimbrel and Sale, respectively), further understating the point.

For the first time in a long time, though, there’s some legitimate optimism about the pitching pipeline, thanks to Groome, coincidentally, as well as Brayan Bello.

The trees haven’t even bloomed, so it’s important to frame any conversation about 2022 performance in that context, but the early encouraging signs are also in line with recent improvements. But early returns should inspire confidence.

Groome is a great reminder of the painstaking process that is developing young pitching. With some guys, especially those drafted out of high school like Groome, this takes time. The big lefty made BA’s top 100 list shortly after going 16th overall in the 2016 draft and has struggled to find sustained success. His issues throwing strikes — as well as Tommy John surgery — stunted his growth, and questions about his durability and fitness have accompanied him at every level.

At the risk of picking and choosing stats, it’s often worth disregarding stats like ERA when it comes to minor leaguers because it’s hard to quantify for the parks they play in, and obviously the defense behind pitchers is, well, minor league-level. So that does help tell the story of Groome’s 4.81 ERA between Greenville and Portland last season, but he did strike out more than 12 batters per nine innings. The 3.3 walks per nine could use some work, but he has improved his command at just about every stop.

Groome made a sparking 2022 debut Wednesday, tossing five scoreless innings of one-hit ball, striking out four and not walking anyone for Double-A Portland. You can’t ask for much more to start a season.

That comes on the heels of Bello’s debut Tuesday night for the SeaDogs. The 22-year-old righty with the Pedro Martinez changeup was simply electric for Portland. He pitched five scoreless of his own, striking out 10 (for already the 10th time in his career) and walking one. He threw 73 pitches, 49 for strikes, and an absurd 19 of those were swinging strikes. Bello, who also pitched in the Futures Game last summer, has now logged 68 2/3 innings at the Double-A level, striking out 97 batters in the process.

Bello has actually leap-frogged Groome within the Boston system, at least according to SoxProspects.com, which has the wiry right-hander ranked fifth, the highest pitcher on the list.

Neither pitcher has logged a single Triple-A inning, but according to SoxProspects, the most likely big league arrival time for both Groome and Bello is next season. Being older and more experienced likely puts Groome in Boston first, but Bello shouldn’t be far behind, especially if he continues to miss bats at the rate he has.

Bello has yet to crack a top-100 list, and Groome hasn’t returned. That could change soon, though, and even if it doesn’t, continued improvement like we’ve seen early this season and dating back to last year might make any sort of rankings moot in the long term. 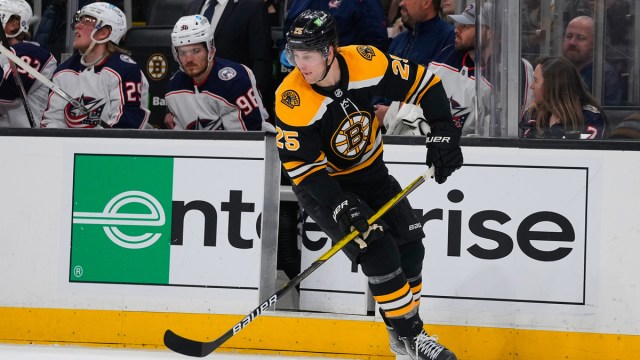 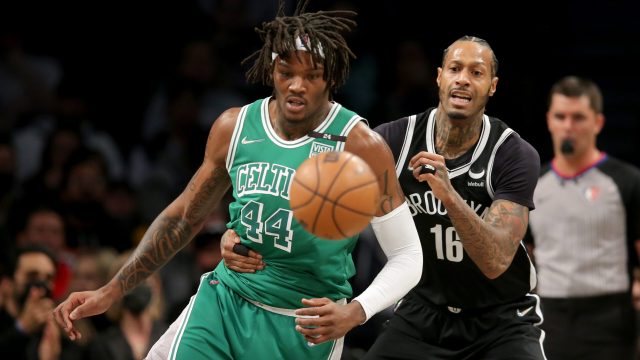 Celtics Likely Without Robert Williams for 1st Round vs. Nets