Red Sox Prospect Outlook: Brayan Bello A Cut Above Other Arms In 2022? Skip to content

Before the start of the 2022 season, NESN.com is evaluating several noteworthy prospects in the Boston Red Sox organization, using insight and analysis from industry experts to gauge each player’s outlook for the upcoming campaign. Next up: Brayan Bello.

The Red Sox have three clear-cut top prospects, all of whom are position players: Triston Casas, Marcelo Mayer and Nick Yorke.

Determining Boston’s best pitching prospect, meanwhile, is far more challenging, although some would argue Brayan Bello deserves the title after a 2021 in which his stock soared.

The Red Sox have struggled in recent years to develop homegrown starting pitching. Could Bello help buck that trend? Or is the 22-year-old right-hander destined to turn heads out of the bullpen?

Here’s everything you need to know about Bello before the 2022 campaign.

Bello’s story
The Red Sox signed Bello as an international free agent in July 2017. The Dominican Republic native was 18 at the time. The next few years featured both highs and lows — he shined in the Dominican Summer League in 2018, struggled at Single-A Salem in 2019 and didn’t pitch in 2020 due to the COVID-19 pandemic — but he really found his footing in 2021, earning a promotion to Double-A Portland and an appearance in the MLB Futures Game.

Bello went 7-3 with a 4.15 ERA, a 1.28 WHIP and 12.5 strikeouts per nine innings in 21 starts (95 1/3 innings) split between Double-A and High-A Greenville last season. He was named Red Sox Minor League Starting Pitcher of the Year, impressing so that much that The Athletic’s Keith Law included him among his top 100 prospects for the 2022 season (No. 86).

The Red Sox added Bello to their 40-man roster back in November to protect him from the Rule 5 Draft, which subsequently was cancelled due to the MLB lockout. A major league call-up is within reach.

Scouting report
Perhaps the most encouraging aspect of Bello’s development is that he’s shown improvement at each step, to the point where he’s beginning to garner national attention. Bello, who turns 23 in May, now features a fastball that sits around 95-97 mph with the potential to reach triple digits, as well as a changeup that’s drawn rave reviews and a slider that could be an above-average offering.

Of course, it would be foolish to expect Bello to blossom into the next Pedro, one of the greatest pitchers of all time. But being able to light up the radar gun and pull the string with offspeed stuff makes for a solid foundation off which to build.

“He’s just someone who has been constantly improving year over year, and his looseness and athleticism really stand out on the mound,” Ian Cundall, director of scouting for SoxProspects.com, told NESN.com last week. “And that’s I think part of why he’s been able to just constantly increase his velocity. It’s such a quick arm. When you’ve got that type of arm strength but you also can add in a couple of secondaries that I think could be potentially above-average to plus, that’s really interesting — you’ve got three pitches now that I think can potentially be 55, 60 (grade) pitches.”

Bello is listed at 6-foot-1 and 170 pounds. Not the biggest frame, obviously, which adds to the uncertainty over whether he’ll remain a starter or ultimately serve as a reliever at the next level.

“He’s pretty skinny right now, and I think that’s kind of what he is. And the delivery does have some issues, too,” Cundall said. “But with three pitches, if he can get that command right, and that’s going to be the big question of his — where does the command go? Because he actually does a pretty good job throwing strikes for someone who throws as hard as he does and is obviously as young as he is. He was 22 years old up at Double-A last year. But the command is still inconsistent.

“He has a lot of trouble throwing arm side. He’s much more comfortable commanding to the glove side. And if he can really just hone in on that command — and not just throwing strikes, but throwing quality strikes — that’s going to be the thing that I think determines his long-term home, whether it be in the bullpen or in the rotation.”

The Red Sox presumably will develop Bello as a starter until there’s a compelling reason not to do so. They eventually might find, however, that he’s capable of making a greater impact in the majors by harnessing his stuff in shorter bursts rather than racking up high pitch counts.

“He might be someone who ultimately ends up being best in kind of that hybrid role, because there, there won’t be as much wear and tear on his arm and he can kind of go all-out for those three innings or whatever it be,” Cundall said. “Because I’ve definitely noticed when I’ve seen him start that his stuff does start to decrease after the fourth, fifth inning as he gets deeper in his outings.

” … In one inning, he can just let it go. But as a starter, you kind of have to pace yourself and pitch to contact more. And that’s something that he’s still going to need to work on.”

Think Tanner Houck, who worked as both a starter and a reliever in 2021 but whose long-term role remains up the air. Bello probably has more upside, though, based on his three-pitch arsenal.

Just because Bello isn’t built like a workhorse now doesn’t mean he won’t fill out. And it’s also not unprecedented for a slender hurler to successfully eat innings on a consistent basis. Remember that Pedro guy we mentioned?

For Bello, it’ll likely come down to improving his command, fine-tuning his slider and ironing out an effective, repeatable delivery that accentuates his strengths. The overall package is intriguing, and he’s been on an upward trajectory since joining the system. It’d be foolish to rule out a continued ascent.

That he’s already on the Red Sox’s 40-man roster is no small detail, either. Proximity to the majors matters, and Bello is knocking on the door of debuting with Boston.

Fenway forecast
Bello won’t break camp with Boston. The Red Sox last week optioned him to Triple-A Worcester after he appeared in a big league spring training game against the Atlanta Braves. But he absolutely could make his way to Fenway Park in 2022 based on his own performance and whatever needs arise in the majors.

“I think if he’s going to make it up to the big leagues this year, it would be in a bullpen role,” Cundall said. “And I think we kind of saw a preview of what he could be like (in spring training). He could be a power arm — that type of power arm that we see the Red Sox or other teams call up late in the season that makes a really big impact.” 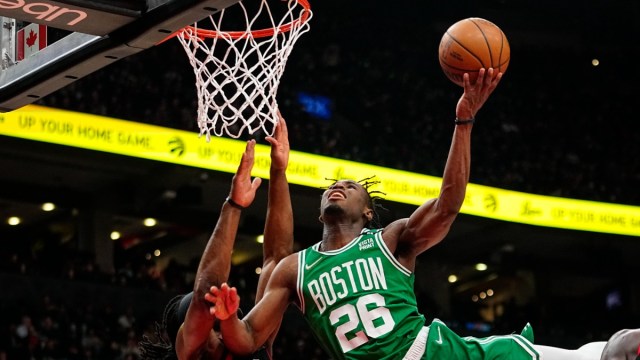 NBA Odds: Even Shorthanded Celtics Are Covering Spread During Streak 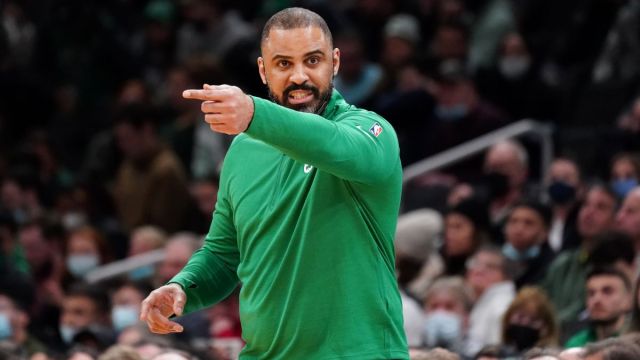