For Christian Arroyo, he didn’t have much time to prepare for an unlikely start against the Seattle Mariners on Sunday afternoon.

The suddenness of going from the bench into the starting lineup was welcomed by Arroyo, though, as he didn’t have much time to think about the struggles he has endured through sporadic playing time this season.

“I was talking with (Red Sox assistant hitting coach Luis Ortiz) on the bench as the game was going on, sometimes it’s a good thing,” Arroyo said as seen on NESN postgame coverage. “When you’re trying to figure stuff out and you get some opportunities in-between time, you have a lot of time to think about some at-bats maybe that you didn’t necessary feel like you executed the plan.”

Suiting up as a DH doesn’t come natural to Arroyo. It was the second time this season he has filled the role, doing so earlier this year in a similar situation as a late add to the lineup for Martinez.

Arroyo said by not playing in the field, he tried to mirror Martinez’s mentality. He proceeded to belt a 431-foot solo home run to open up the scoring in the second inning and contribute to Boston’s 8-4 victory.

“The first time I did it was this year in Baltimore,” Arroyo said. “In the first game, it was kind of similar. I think J.D.’s adductor was acting up a little bit. I found out a little earlier. I got about 45-minute more time window. It is different (being a DH). I’m just so used to playing in the field, and you can kind of separate. I tried to go to J.D. mode today. Go up there, think of an approach, stick with that approach, next at-bat.”

Arroyo’s blast was just his second of the season as he also only has five RBI and is batting .190. But it’s a step in the right direction, as he looks to contribute whenever Cora puts him into the lineup, even when it comes at a moment’s notice.

“It’s been frustrating for myself, up and down. I expect a lot out of myself,” Arroyo said. “To come out and quick start I guess is what we call it, day game, just to go out there and put a good swing on the ball and get some results is awesome.” 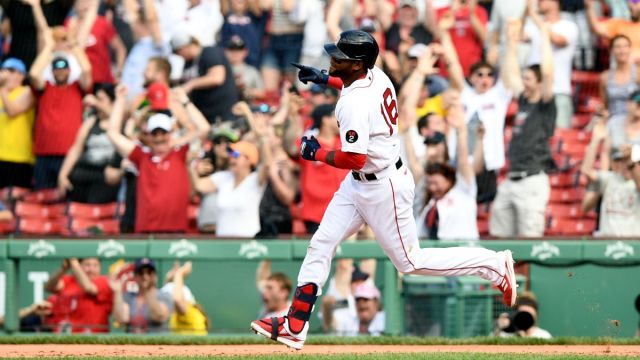 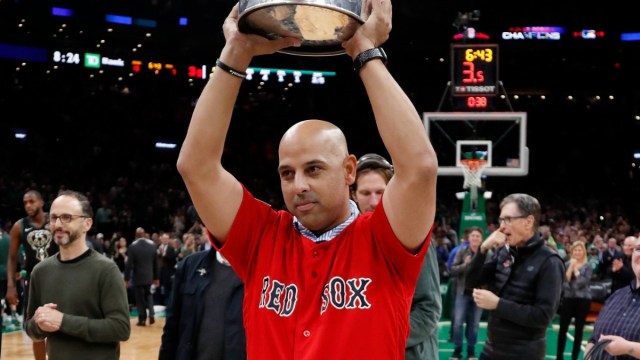