The Boston Red Sox needed every ounce of effort they received in Michael Wacha’s complete-game shutout over the Los Angeles Angels on Monday in Angel Stadium.

The Sox won 1-0 to move their winning streak to five games and extend the Halo’s losing streak to 12 games thanks to the 30-year-old right-hander’s performance. Wacha went the distance allowing just three hits and no runs while striking out six and issuing one walk.

“Tonight was his night,” Red Sox manager Alex Cora said, as seen on NESN’s postgame coverage. “He was in control. They came out swinging right away. They did the same thing in Boston against him.”

Wacha battled early with soft contact and then dialed up the velocity and strikeouts as he got deeper into the game. Cora has had a quick hook often this season, but he gave Wacha a longer leash than expected.

“Sometimes you just got to stay away from it, don’t mess it up and it was his night, we’re very proud of him,” Cora said.

The Red Sox skipper continued his praise for Wacha.

“He was in total control,” Cora said. “He made pitches when he had to, turned a great double play at one point there and at the end, it was his game.”

Here are some more notes from Red Sox-Angels:

— Wacha continues to win unconventionally, prioritizing ground balls and soft contact over missing bats. He had six strikeouts and got 12 swing and misses.

— Wacha topped out at 96.6 mph, his fastest pitch of the season — proving that he still has electric stuff when needed.

— Despite the Red Sox only producing one run, the Angels’ pitching staff produced just nine swing and misses.

— Nathan Eovaldi and Nick Pivetta were the only teammates to both have complete-game efforts. Michael Wacha joined them as the Red Sox rotation continues to far exceed expectations.

— Red Sox starters have a 0.23 ERA in their last six games, the franchise’s lowest mark over any six-game span since the American League started tracking ERA in 1913, according to Red Sox senior manager of media relations and baseball information J.P. Long.

— The Red Sox will play the second game of their four-game series on Tuesday against the Angels. First pitch is scheduled for 9:38 p.m. ET following an hour of pregame coverage, and you can watch it all on NESN. 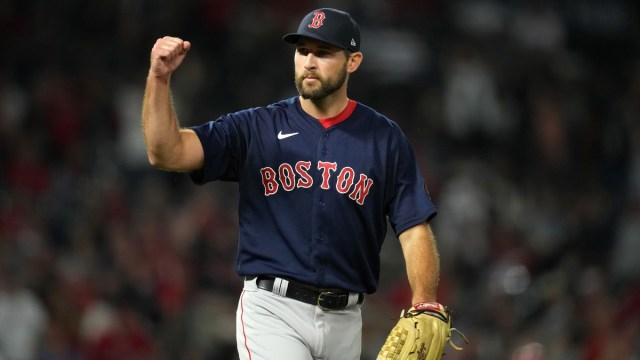 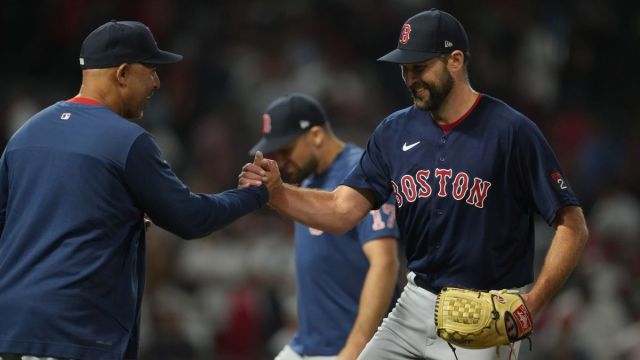