FOXBORO, Mass. — Around this time last year, then-Patriots running backs coach Ivan Fears was asked what Rhamondre Stevenson needed to improve as he progressed through his first NFL training camp.

His answer was blunt and brutally honest.

“Everything,” Fears replied. “Everything. What do I like about him? He’s here. I like that he’s here. Other than that, everything’s got to improve.”

Eventually, things did improve for Stevenson.

After a rocky start to his pro career that included an early-season benching and a string of healthy scratches, the fourth-round draft pick emerged as one of the league’s top rookie rushers, finishing with 729 yards from scrimmage and five touchdowns in 12 games. He should have a major role in the Patriots’ offense in Year 2, teaming with Damien Harris to form one of the NFL’s top backfield duos.

But even after his second-half breakout, Stevenson took steps to ensure he didn’t repeat last summer’s mistakes.

Asked what’s different about him this year, the 24-year-old honestly replied: “I’m in shape.”

The “best shape of his life” storyline is a common training camp cliché, but Stevenson does appear slimmer these days. He said he weighed in at 225 pounds when he arrived for camp — seven pounds lighter than he was last season — and “it’s just better weight.”

“I knew how it was last year,” Stevenson said. “I didn’t really come in in the best shape. I knew what I had to do, and I just took those steps to get where I needed to be. … I think I got a lot more lean, and I just feel better overall.”

In addition to conditioning, Stevenson also sought to improve his route-running, pass-catching and pass-blocking this offseason with an eye toward expanding his role. He’s seen plenty of work in the passing game through two camp practices (six catches on seven targets in competitive team drills) and is a candidate to take on more third-down responsibilities if James White’s hip injury does not heal properly before the season. White opened camp on the physically unable to perform list and has yet to practice.

Stevenson saw some receiving opportunities last season, catching 14 passes for 18 for 123 yards, and showed potential in that area at Oklahoma.

Harris has five receptions in team drills through two camp practices, and receiver/running back Ty Montgomery has caught passes out of the backfield, as well. Third-year pro J.J. Taylor and sixth-round pick Kevin Harris mostly have worked with the offensive reserves thus far, while an undisclosed injury has limited rookie fourth-rounder Pierre Strong, a speedy FCS product who’s been viewed as a potential White successor. 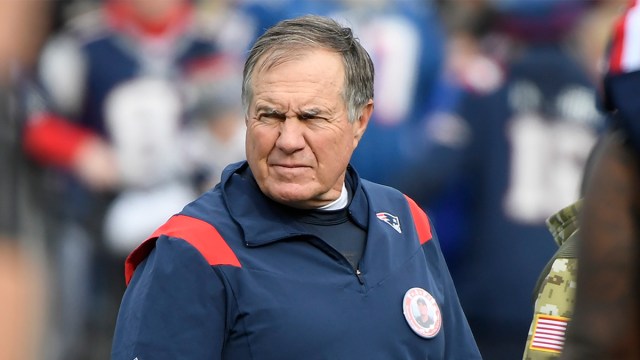 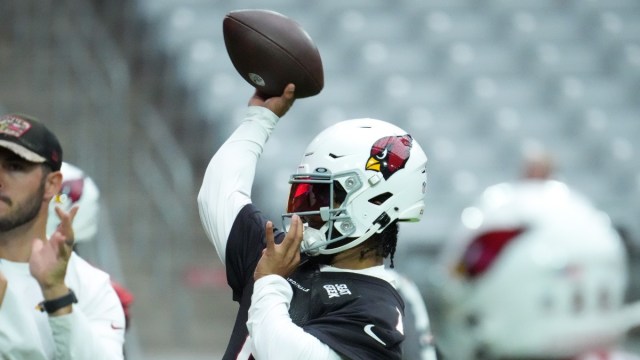 Kyler Murray Sounds Off After Public Bashing For Contract Language