FOXBORO, Mass. — Entering spring practices, the belief was that Trent Brown would be the starting right tackle for the Patriots, assuming good health.

Then, once left Isaiah Wynn showed up for mandatory minicamp, he and Brown flip-flopped, with Wynn handling the bulk of snaps at right tackle. With the two maintaining those spots at the start of training camp, it appeared as if Wynn was primed to be New England’s starter on the right side.

But what if Wynn isn’t around, either because he gets traded or suffers an injury?

OK, then experienced swing tackle Justin Herron would take his spot, right? It looked that way during Monday’s practice, as Herron filled in for Wynn, who seems to be dealing with some sort of injury. But Herron was terrible Monday, raising serious questions about whether he can play right tackle as well as he handles the left side.

A third-round pick in 2019, the West Virginia product has been a huge disappointment since joining the Patriots. Due to injuries and generally poor performance, he’s taken offensive snaps in just three games, all of which came last season. He even got benched last season in the Week 6 loss to the Dallas Cowboys. However, Cajuste has the size — 6-foot-5, 310 pounds — and athleticism to be a quality tackle if he can put it all together.

Cajuste has been impressive in 1-on-1 drills throughout training camp and has carried that success into competitive team periods. With Wynn out Tuesday and Herron seemingly demoted for a day, Cajuste got first-team reps and made the most of them.

Then, in Thursday night’s preseason opener against the New York Giants, Cajuste started at left tackle opposite Herron (neither Wynn nor Brown played). But the two flipped later in the game and Cajuste responded by again looking like a very capable right tackle, despite allowing one quarterback pressure. He suffered an apparent leg injury late in the game but spent little time in the blue medical tent before hopping on a stationary bike.

Given Cajuste’s career thus far, he still has much to prove before locking down a roster spot. But Bill Belichick has taken notice of the 26-year-old’s strong August performance.

“Yeah, this is the best camp he’s had,” Belichick said after Thursday night’s game. “He’s been very competitive and worked hard in the offseason and is in good condition. So, we’ll see how things turn out here, but it’s good to have him back out there, and hopefully what he had tonight isn’t serious.”

Again, we’re not saying Cajuste will be the Week 1 starting right tackle for the Patriots. That would be premature.

Still, Wynn’s contract situation and questionable commitment have led to persistent trade rumors; it’s easy to envision him leaving New England before the start of the season. And you could make a strong case that Cajuste is a more viable option at right tackle than Herron, who’s far better on the left side.

So, don’t be surprised if this ends with Cajuste joining Damien Harris and Jake Bailey as one of the few 2019 Patriots draftees who’ve become starters in New England. 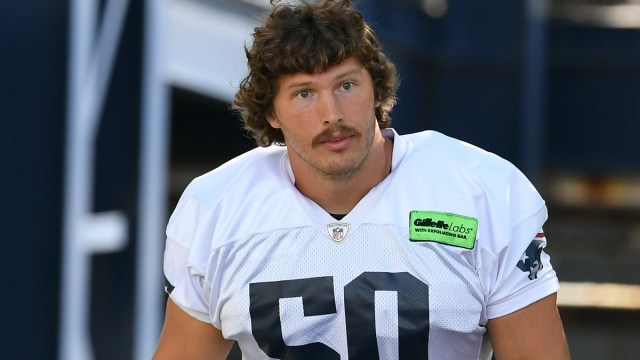 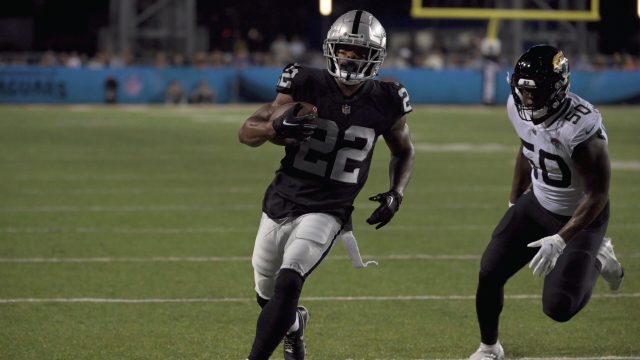