Mac Jones’ first-quarter interception probably was the biggest play in the Patriots’ season-opening loss to the Dolphins on Sunday.

First of all, the officials probably made the right call in not throwing a penalty flag. Patriots fans were outraged, but there was grabbing on both sides and Parker himself said that Howard didn’t commit pass interference. So, forget about the penalties.

That said, was the actual play a good idea? Was Jones justified in targeting Howard in that spot?

During a Monday morning Zoom call, Bill Belichick indicated he was fine with the decision.

“It was a big play in the game,” Belichick said. “I mean, it wasn’t a seven-point play like the other two were.

” … It was a close play. Howard made a good play on the ball and then it ended up — which, most of those end up on the ground — and that one ended up back up in the air and Holland came over and got it. So, It was a good play on their part, kind of went their way. … So, could we execute it a little bit better? I mean, sure.”

Belichick then was asked whether there should’ve been a penalty and promptly spit on the question, directing reporters to ask officials.

Ultimately, that the Patriots weren’t able to overcome Jones’ interception underscores the reality that they’re a mediocre team until further notice. As was the case late in 2021, Sunday’s game saw sloppiness, poor discipline and bad situational football doom Belichick’s team. 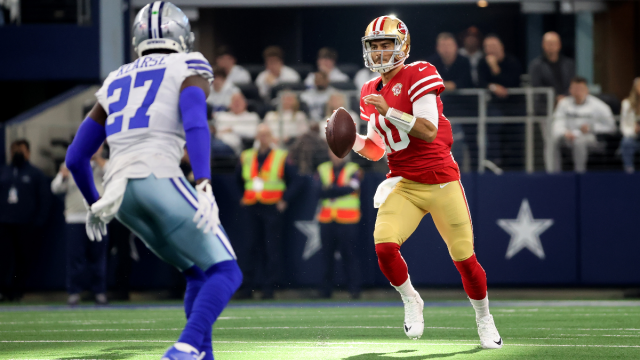