Matt Ryan can leave the Falcons behind for the Indianapolis Colts, but even in his new uniform, the veteran quarterback can’t escape reminders of Atlanta’s monumental collapse to the New England Patriots in Super Bowl LI.

They come now even when Ryan achieves a rare feat that not many others at his position have accomplished during their time in the league.

In his debut with the Colts last Sunday, Ryan became just the eighth quarterback in NFL history to pass for at least 60,000 yards in a career, per CBS Sports. As the NFL likes to do, it took the football Ryan used to notch the milestone and put it in the Pro Football Hall of Fame.

But coincidentally enough, the football on display is numbered 283, which obviously had many pointing out on social media the 28-3 advantage the Falcons held in that Super Bowl before coughing it up to the Patriots.

The epic meltdown by the Falcons will always be a part of Ryan’s resumé, but it is ironic how often those three numbers in that order pop out seemingly out of nowhere. It’s almost like the numbers in the TV show “Lost” — yes, it’s a dated reference — following Hurley around.

For Ryan, winning a Super Bowl title with the Colts might quiet down all the 28-3 jokes. The Colts right now have +2800 odds, which is middle of the pack, to win the championship, according to DraftKings Sportsbook.

Ryan’s tenure in Indianapolis got off to a tepid start as the signal caller, who is now in his 15th year in the NFL, completed 32-of-50 passes for 352 yards with one touchdown and one interception in the Colts season-opening tie against the Houston Texans. 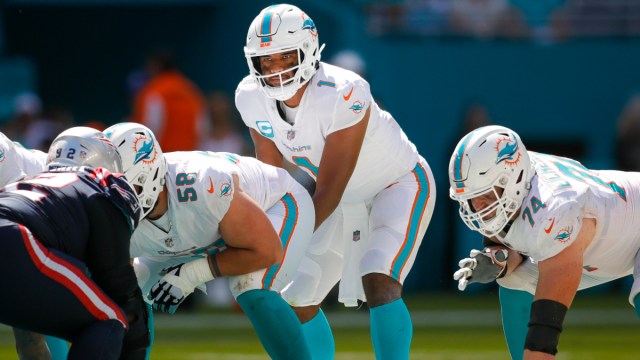 What Was Dolphins’ Tua Tagovailoa Thinking With This Quote? 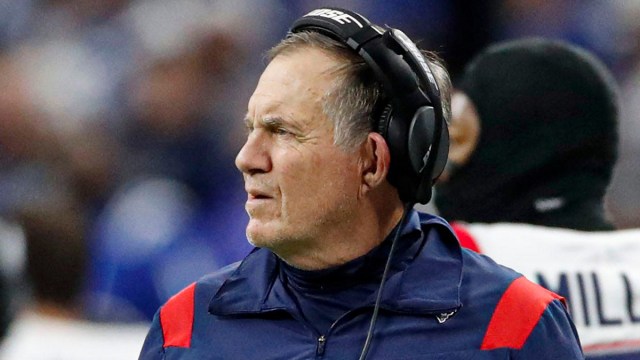 Former NFL Running Back Believes ‘It’s Over’ For Bill Belichick