The Dolphins took took a three-score lead heading into halftime against the Patriots on Sunday, and there was a calculated risk behind Miami’s key play.

New England took a 20-7 loss to the Dolphins at Hard Rock Stadium. Miami went ahead 17-0 at halftime thanks to a fourth-and-7 call that ended with a Jaylen Waddle 42-yard score from Tua Tagovailoa.

It was an aggressive play call from first-year head coach Mike McDaniel. Many other teams would have attempted a field goal what would have been a 57-yard field goal — kicker Jason Sanders’ career-long is 56 yards. However, the offensive staff gave the go-ahead for the fourth-down call, and McDaniel explained the process behind it.

“It was a cool moment for really our whole team, but the mechanics of working with the game management guys and talking through the different scenarios, we were just at the fringe of Jason’s range,” McDaniel said, per Dolphins YouTube video. “Yeah, you can push the envelope, but the flip side is you miss it, and you’re a first down away from giving up points. So then it became, all right, it does kind of make sense to go ahead and go for it, have a couple of thoughts in mind. Then in communication with the offensive staff, I think it was (Miami assistant head coach and tight ends coach) Jon Embree kind of tipped the scales because they had a couple up. Then from that point on it’s all players. So we decided to do it, had a couple thoughts in mind.

“You try to prepare yourself so it’s not the first time you’ve thought about that scenario. That does come up in the half. I had a couple of thoughts, but then once the play started, I think Cedrick (Wilson) motioned down, and we had anticipated a certain type of leverage in the man-to-man coverage, and we got it. Then we got the protection, and then Tua ripped a strike. Part of the reason that you hear so much praise from Tyreek (Hill) and (Jaylen) Waddle about Tua is because he throws that catchable ball that you can get yards after catch. … That was a cool moment for all of us. You know, just wish we could have continued that momentum in the second half, but beggars can?t be choosers.”

It was a decision the offense had no problem with, especially Hill, who had some interesting praise for his head coach.

The game turned into a defensive stalemate in the second half. The Patriots outscored the Dolphins 7-3, but the first-half lead proved to be enough of a cushion to give Miami its first win of the year and put New England down to 0-1. The Dolphins will travel to Baltimore, and the Patriots will travel to Pittsburgh to take on the Steelers for Week 2. 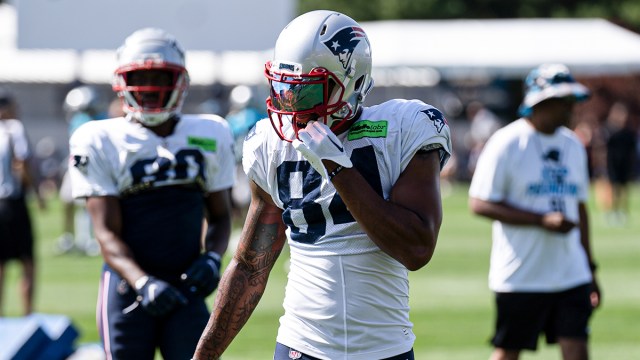 Kendrick Bourne Opens Up About Diminished Role In Patriots’ Offense 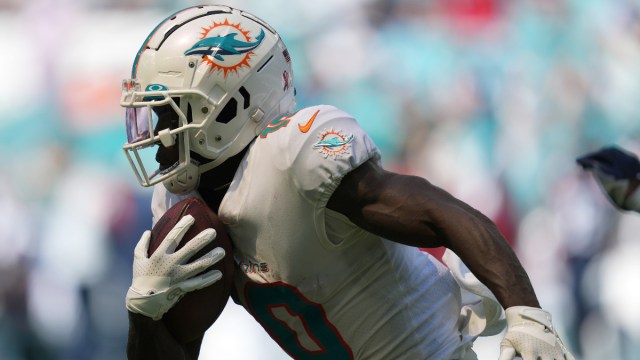