The Boston Red Sox lineup continued to show their flaws, failing to capitalize on opportunities with runners on base and apply any sort of offensive pressure against the Baltimore Orioles pitching, dropping their first of three during Friday’s low-scoring affair.

Red Sox pitcher Brayan Bello underwent some costly struggles as well, being charged with three runs to cross in the sixth inning, which saw the Orioles walk three times while recording two of their five total hits.

Bello did display some noteworthy upside during his ninth career start in the big leagues, though. The rookie right-hander took home his fifth career loss (1-5) after tossing 5.1 innings while allowing three earned runs off three hits and four walks while striking out seven Orioles hitters.

“He did a good job,” Cora said, as seen on NESN’s postgame coverage. “Obviously, a good learning experience, right? Tried to push him through the sixth. Obviously, we’re trying to win a game and he still pitched really good but at the same time he’s learning. … He’s getting better. You saw it today, you know the mix of pitches. The lefties, he struck out a lot of them, a lot of swings and misses.”

The 23-year-old Bello issued the most walks in an appearance since joining the Red Sox, however, Friday served as the third start in which he lasted over five innings while allowing three or fewer runs to opponents.

“The ball was moving a lot, so I couldn’t really control the pitches but besides that, I felt really good,” Bello said, as seen on NESN’s postgame coverage. “I was trying to throw strikes but the ball wasn’t going where I wanted to go, so it is unfortunate. I’ve been working really hard to try to command my pitches and being aggressive and that’s been my key through my last few starts.”

During his last five starts for the Red Sox, Bello has a 3.43 ERA, allowing eight total runs in a combined 21 innings pitched while recording 23 total strikeouts.

— Xander Bogaerts, in his last 14 games, has hit .474 with nine extra-base hits, 15 RBIs, and 12 runs, as noted during NESN’s postgame coverage. Bogaerts went 3-for-5 at the plate with two singles and a two-run home run during Friday’s contest.

— J.D. Martinez, who went 2-for-3 at the plate, recorded his 1,500th career base hit against the Orioles. Martinez became the ninth active player in Major League Baseball with 1,500 hits and a .850 OPS, as reported by Red Sox senior manager of media relations and baseball information J.P. Long.

— The Red Sox will seek a bounce-back road victory against the Orioles as the series continues on Saturday. First pitch from Oriole Park at Camden Yards is set for 5:05 p.m. ET, and you can catch the game, along with an hour of pregame coverage, live on NESN. 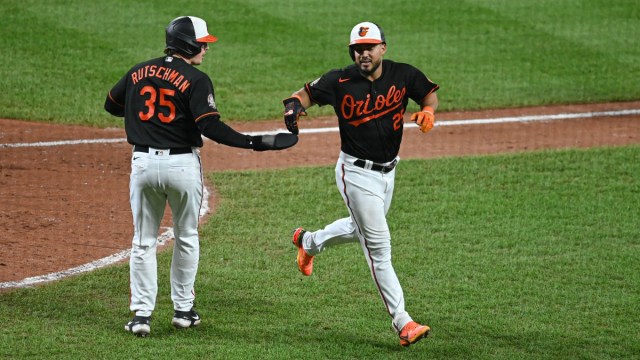 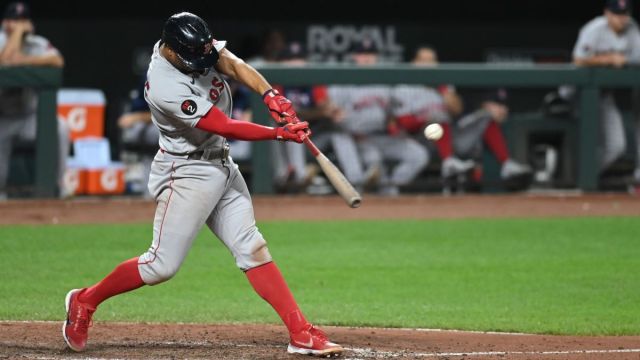