Not only has Dolphins head coach Mike McDaniel never lost to Bill Belichick. He also has an undefeated record for his career.

Granted, McDaniel has exactly one game under his belt as a head coach, but making your debut by beating Belichick and the Patriots is a pretty solid way to begin a career.

McDaniel and the Fins held off New England on Sunday for a season-opening 20-7 win. Not only could it prove to be a pivotal win in the AFC playoff picture when it’s all said and done. The Week 1 victory also should help McDaniel further establish his culture on South Beach.

That was a big theme of the rookie coach’s postgame speech to his players.

“Yeah, uh, so I didn’t do (expletive),” a Gatorade-soaked McDaniel said, propping up his players after receiving the game ball in a video posted by the Dolphins.

“You wanna get me emotional, guys, it means the world to me. You know what? I’ll take that, and turn it back — everybody’s getting a game ball, because this is one we can remember, OK? This is one we can remember as the start of it. All the build-up, I’m so proud. We could feel it during the game. Things weren’t necessarily going the way we wanted it to, but we didn’t crack.”

On the surface, McDaniel and Belichick couldn’t be more dissimilar. McDaniel seems to love chopping it up with the media and is generally affable. Belichick is, well, Belichick. But McDaniel’s insistence on putting the praise right back on his players is something that’s straight out of Belichick’s playbook.

The same could be said for his apparent tunnel vision, already turning the page to Week 2 against Baltimore. 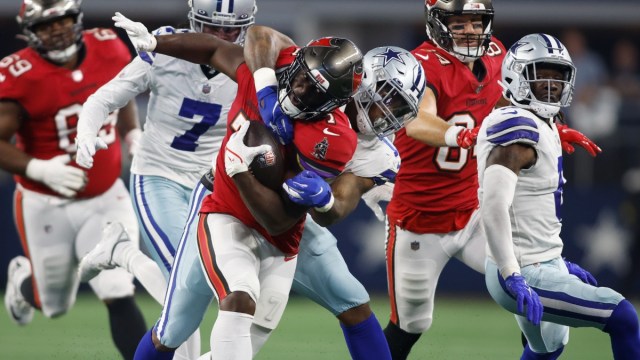