The 2022-23 NBA season kicks off Tuesday night, with the Boston Celtics looking to defend their crown in the Eastern Conference against a litany of worthy challengers.

The Brooklyn Nets are running it back with the controversial yet talented trio of Kevin Durant, Kyrie Irving and Ben Simmons. The Philadelphia 76ers have built some depth around superstars Joel Embiid and James Harden. The Milwaukee Bucks roster the best player on the planet in Giannis Antetokounmpo, who is surely on a war path to get back to the mountain top that is the NBA Finals. That’s not to mention sleeper teams like the Miami Heat, Cleveland Cavaliers, Atlanta Hawks or Toronto Raptors.

So, how do the Celtics stack up in the Eastern Conference this season? Let’s take a look, starting with preseason odds from DraftKings Sportsbook:

Three of the top four teams have seen little change in their odds, with only Boston (+1800 in 2021 to +290 in 2022) making a significant jump within the top four. Brooklyn dropped down from +100 to +330 this season while Milwaukee made a slight improvement (+390 to +370) and Philadelphia stayed stagnant at +750. Given the look of the odds, it seems as though oddsmakers believe the East to be, at most, a five-team race.

Boston Celtics
The Celtics get the benefit of the doubt given their dominant stretch run last season. The big guns are returning in Jayson Tatum, Jaylen Brown, Marcus Smart, Al Horford and Robert Williams, though Boston will be without TimeLord for a while as he recovers from knee surgery. Joe Mazzulla is in for Ime Udoka, but coaching changes usually don’t make a significant impact unless it becomes a disaster, something the Celtics are confident in avoiding. Malcolm Brogdon’s addition should help solidify a bench unit that seemed to run out of steam in the NBA Finals last season.

All in all, that unit looks primed for a repeat, especially when you look at most of the potential playoff matchups they may face.

Brooklyn Nets
At this point it would be negligent not to take a potential Nets dumpster fire into account, as Irving’s antics over the last few seasons seem to have directly impacted his team on the court and Durant literally tried to run from it this offseason. At seasons end, we could be seeing graphics about how that duo along with Simmons played in a total of 11 games together. What a glorious 11 games they will be, but I don’t expect this to be a unit who makes any real noise come playoff time, if they’re even left as a whole.

Miami Heat
How long can Pat Reilly expect to contend with a roster of aging veterans and former undrafted players? It seems as though the majority of the Heat lineup consists of players who fall into one of those two categories, and things will only continue to worsen if they fail to address that fact moving forward. Jimmy Butler is a star, Bam Adebayo is on his way to becoming one and Tyler Herro is one of the best bench scorers in the league. Beyond that, Miami is rocking with 36-year-old Kyle Lowry, undrafted free agents Max Strus, Gabe Vincent and Duncan Robinson and the oft-injured Victor Oladipo. That team will win a ton of games, but not in the postseason.

Philadelphia 76ers
All signs are pointing to a make-or-break season for the 76ers. Embiid is a perennial MVP candidate and the face of that franchise. No matter what happens this season that shouldn’t change, but he’s still surrounded by a bunch of question marks. Harden seems to be in good shape and ready to do what it takes to win, but that’s a story we’ve heard many times before. Tyrese Maxey is a great young player, but may not see enough time with the ball to make the impact he’s capable of making. P.J. Tucker was a great signing, but isn’t exactly a sure thing at 37-years-old. Oh yeah, Doc Rivers needs to lead this team to the conference finals or he may be looking for a new home.

They’ll have to overcome a lot to beat the “can’t get out of the second round” allegations.

Milwaukee Bucks
Remember when I said the Celtics look primed for a repeat when you look at most of the potential playoff matchups they may face? I was talking about the Bucks.

Betting against the best player on the planet isn’t going to make you a lot of money, something the last two NBA Champions have proven. The Celtics were a more well rounded team than the Warriors last June, but only one of those teams had Stephen Curry on its roster. The Suns the clear-cut better team in 2021 against the Bucks, but who had Antetokounmpo to score 50 points in a close out game? That’s right, it was Milwaukee. Khris Middleton is back, as is Jrue Holiday, Bobby Portis, Brook Lopez and Pat Connaughton. Until it’s proven otherwise, that unit at full strength is the best in the NBA. If you’re wagering any money in 2023, this is the pick. 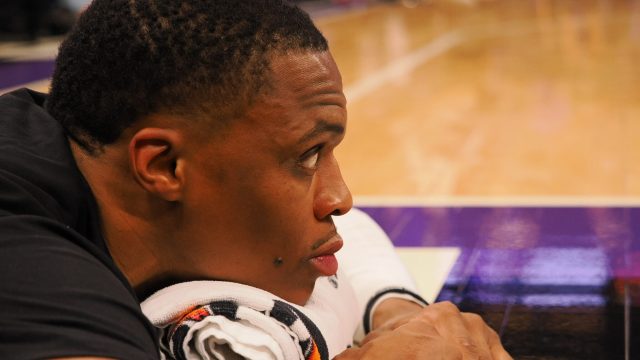 Lakers Could Be Without Russell Westbrook for Opener vs. Warriors 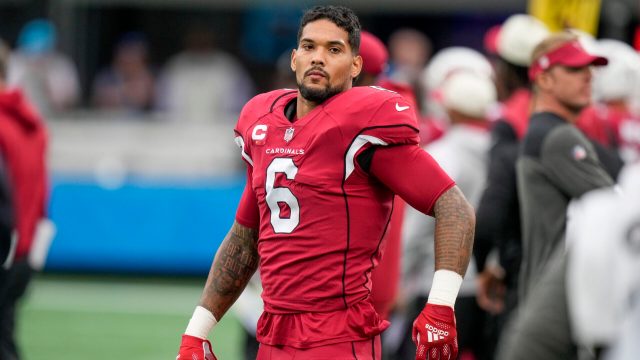