The Boston Bruins came out with a narrow victory over the Tampa Bay Lightning on Tuesday. And though it was far from an easy game, some players enjoyed the win more than others.

Derek Forbort was immediately thrown into the fire against Tampa Bay, logging 19:15 of ice time in his return from finger surgery. Though the 30-year-old never had a doubt he’d be ready for the return, a 22-shift game left him no choice but to step up for Boston.

“The first period felt a little fast,” Forbort said following Boston’s 3-1 win, per team-provided video. “But as you get into it, you start getting into the rhythm again. Those are my favorite games to play — when you have a one-goal lead. The games where you win by five or six aren’t very fun for me. It was a good test, they’re a really good team and we did a good job of sticking with it and coming out with a win.”

Forbort, one of Boston’s best penalty killers, was able to help hold the Lightning to a 1-for-2 performance on the man-advantage, despite boasting one of the more impressive rosters in the NHL.

“The principles of our penalty kill didn’t change at all,” Forbort said. “They’ve got a really good power play. They’ve got three really good forwards who are good with the puck, so they got us (once).”

Boston bounced back from the power-play tally, by retaking the lead on Taylor Hall’s second goal of the night and put things away with a Brad Marchand empty-net goal.

The Bruins return to TD Garden on Saturday, when they’ll host the the reigning Stanley Cup champion Colorado Avalanche. Puck drop is scheduled for 7 p.m. ET and you can watch the game, plus an hour of pregame coverage on NESN. 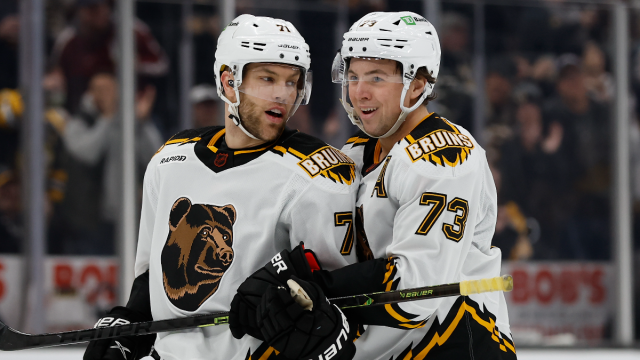 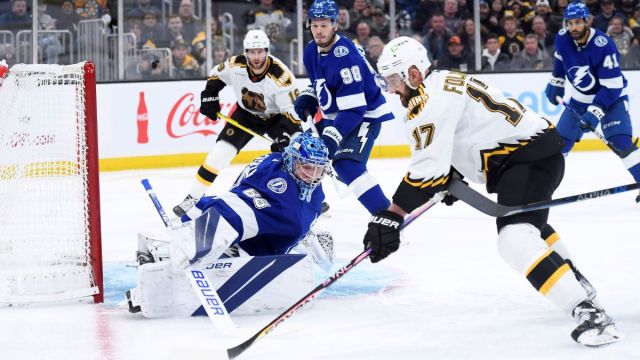