Why Does Bill Belichick Feel 'Good' About Patriots Offense? Skip to content

Bill Belichick on Tuesday declared he feels “good” about the offensive system the New England Patriots have in place.

“Which includes the offensive staff, it includes me, it includes whatever the whole process is,” the head coach said in his first Week 14 news conference.

What does Belichick like about this unit that ranks near the bottom of the NFL in most metrics and has scored five touchdowns over its last five games? What does he like about the system shakeup that has triggered regressions from every skill-position player not named Rhamondre Stevenson or Jakobi Meyers?

Asked Wednesday to clarify why he feels good about New England’s struggling offense, Belichick declined to share any positives, saying only that there’s always room for improvement.

“Look, I’m not saying that we can’t improve in every area, because we can so and we’ll continue to try to do that,” he said. “That’s across the board — players, plays, coaches, decisions, etc. We’re always trying to improve all the time. We’ll continue to do that, so that’s where we are. That’s where we have been. That’s probably where we always will be — always trying to do a little bit better and try to find the best ways to be successful.”

But what about the current product has Belichick encouraged?

“Yeah, again success comes through consistency, and that’s really what we’re trying to build towards,” he replied. “Always more consistency, more production, and we’ll continue to try to work towards that.”

There have been offensive bright spots this season. Stevenson has emerged as one of the NFL’s best all-around running backs and handled a massive workload while running mate Damien Harris has battled injuries. Meyers is having the best season of his NFL career and should be the top wide receiver available in free agency this offseason if he does not re-sign before then. Mike Onwenu has played very well at right guard. Quarterback Mac Jones has gone four straight games without a turnover after his first five outings featured seven interceptions and a lost fumble.

But overall, the Patriots’ offense has taken a significant step back from where it was under Josh McDaniels, who oversaw a borderline top-10 group in his final season as New England’s offensive coordinator. With play-caller Matt Patricia and QBs coach Joe Judge now leading the offense along with Belichick, the Patriots have fallen precipitously in a slew of important categories:

Belichick said this week, after the Patriots were smothered by a shorthanded Buffalo Bills defense in a 24-10 home loss, that it’s too late in the season to make “major changes,” including a switch in play-caller. Whether such changes will come this offseason remains to be seen.

The Patriots remain in playoff contention at 6-6 but must navigate a treacherous final stretch that includes games against the Bengals, Dolphins and Bills. They’ll likely need to sweep their upcoming West Coast swing through Arizona and Las Vegas and then win at least one of three against Cincinnati, Miami and Buffalo to have a chance of making the postseason. 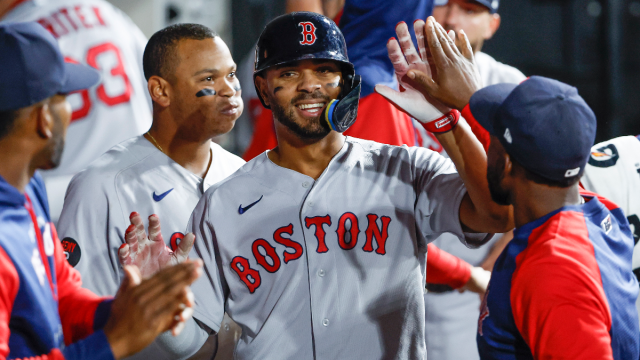 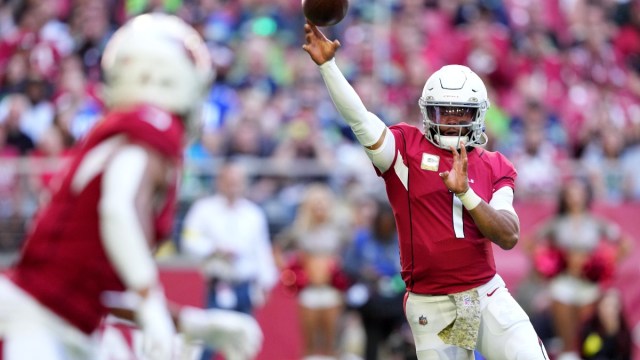