It felt like Lamar Jackson and the Baltimore Ravens were playing hardball with each other down the stretch this season.

Jackson’s knee injury ultimately cost him more time — the remainder of the regular season and Baltimore’s lone playoff game — than initially anticipated, raising questions about whether the quarterback was proceeding cautiously due to the absence of a long-term contract. And Ravens head coach John Harbaugh did little to squash those murmurs, even feeding the beast, to an extent, by praising backup Tyler Huntley for playing hurt in Baltimore’s wild-card loss to the Cincinnati Bengals.

Who’s to blame for the drama, which stems from the sides’ inability to reach a long-term deal before the 2022 season? Depends who you ask, of course. But it’s definitely noteworthy that Harbaugh didn’t go to greater lengths to defend Jackson against outside skepticism. Most NFL coaches probably would.

“That is absolutely how things are done, except for if your last name is Harbaugh, right?” an executive from another NFL team recently told The Athletic’s Mike Sando. “That is what him and his brother (Jim) do, and there is one more guy who handles business like that — he wears cutoff-arm sweatshirts with hoodies, and his name is Bill Belichick.”

Infusing Patriots head coach Bill Belichick into the conversation obviously doesn’t mean much, other than to add context to Harbaugh’s cutthroat handling of the situation. But what if the staring contest lingers into the offseason? What, then, will the Ravens do with their All-Pro quarterback?

Presumably, Jackson (who doesn’t have an agent) and the Ravens will return to the bargaining table in the hopes of finding common ground. If that proves unattainable, Baltimore could place the non-exclusive or exclusive (more likely) franchise tag on Jackson, or even trade the 2019 MVP.

It’s rare that a QB of Jackson’s caliber and age (26) becomes available, so this undoubtedly will be a storyline to monitor for as long as the cloud of uncertainty hovers over Baltimore. 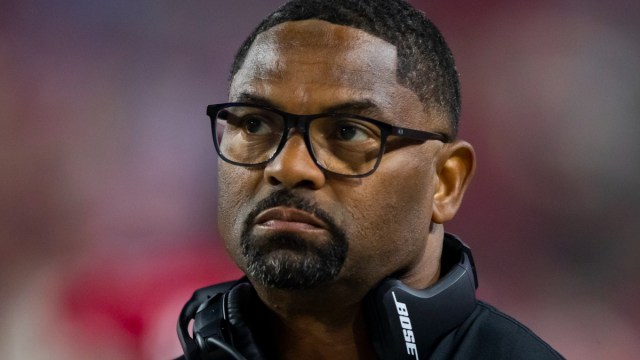 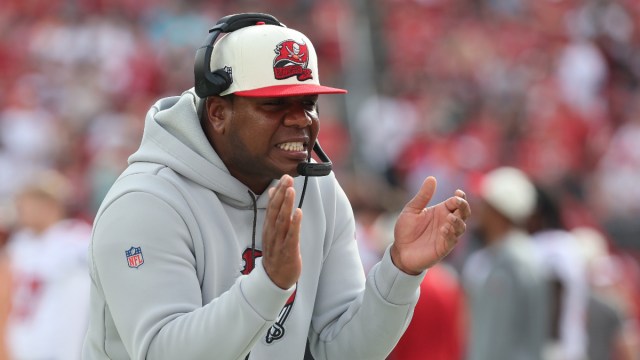