Drew Brees Will Appear on Cover of Madden '11 - NESN.com Skip to content Some people might call the Saints trip to Super Bowl XLIV a magical run. For an encore in 2010, they could be victims of a different type of magic that has some origins in New Orleans: voodoo.

Thanks to his appearance on Madden '11, Drew Brees might be destined to serious injury and a steady decline in his career. Michael Vick, Shaun Alexander and Donovan McNabb all sustained major injuries after appearing on the cover of the video game, leading to the rise of the "Madden Curse" superstition.

Considering that John Madden is no longer broadcasting, you would think he has more time to concentrate on his mysterious black magic, but the past few years have seen diminishing returns.

Vince Young (who was on the cover of Madden '08) and Brett Favre (Madden '09) managed to stay healthy through their seasons after being featured on the cover, though Young did lose his starting job in 2008 and Favre might have killed the spirit of the New York Jets' fan base while playing through a bicep injury.

Last season, EA Sports elected to go with two cover athletes to stymie the threat. While Larry Fitzgerald is apparently impervious to curses, horcruxes and press coverage, Troy Polamalu was not so lucky, missing much of the season with two separate knee injuries.

"Here's what I have to say about the Madden curse: Destiny is more powerful than a curse. Whatever is meant to be will happen. Faith #fb," he tweeted Thursday. 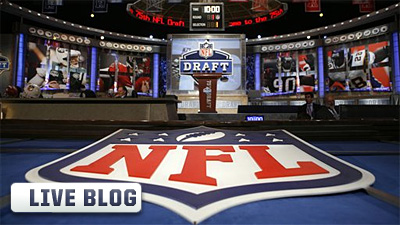