The 6-foot-8, 240-pound forward has spent the past two seasons with the Cavs but has seen very limited playing time. Since signing with the team in 2009, he has appeared in only 34 games.

Prior to his two-year stint with Cleveland, Powe spent three seasons with the Celtics.

As a free agent, the 27-year-old could sign with the C's, who have two open positions on their roster. While Powe says that he'll be happy no matter where he signs, he acknowledged that he wouldn't mind returning to the Celtics, whose fans still appreciate him, CSNNE.com reports.

"They still support me and appreciate what I did back then, helping the team out, being a good sport, doing good community work, never complaining," Powe told CSNNE.com. "I think they appreciate that and the hard work, and I really appreciate them, too."

Wherever Powe ends up, he wants the opportunity to help a team win — not something that was happening with the 10-47 Cavaliers.

"I think I can help a team reach their goals and try to win a championship," Powe told CSNNE.com. "I think that'd be a good fit for me because I don't have to play 40, 45 minutes. If I needed to I could, but I don't have to do that. I can come in, fill in some spots and just be solid. I'm just looking for that opportunity to try to get that done." 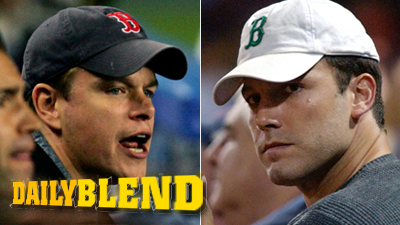