David Amoo Extends Bury Loan Through End of Season, Will Return to LFC With More Experience - NESN.com Skip to content

The relationship between Liverpool'David Amoo and Bury is going so well that the player and both clubs decided to extend it through the end of the season. LiverpoolFC.tv reports Amoo will remain at the League One (third division) club and return to Anfield for the 2012-13 season.

Amoo originally joined Bury on a one-month loan deal in September. He went straight into manager Richie Barker's team, playing as a right winger and striker. Within weeks, Bury and Amoo decided to extend his stay through the end of 2011.

On Monday, LFC and Bury confirmed that the 20-year-old will remain under Barker's tutelage through May. He has appeared in 10 games (eight starts) for Bury since joining at the end of September, and scored two goals. Barring injury, he will likely retain his place in the starting lineup or feature off the bench, as Bury chases a place in the promotion playoffs.

Amoo joined the Reds from Milwall in 2007, but has made just one first-team appearance. He will benefit from the loan system by playing in competitive games at a crucial time in his career instead of playing in LFC's reserves. He will likely return to Liverpool a more experienced player, who is better prepared to compete for first-team action. 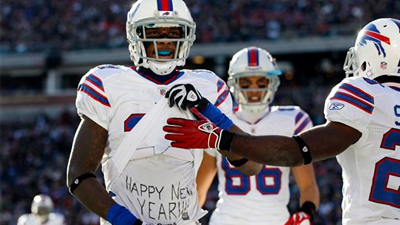 Bruins Plan on Watching Winter Classic, But Really Hope to Play in One Again in Coming Years