Florida Panthers CEO Michael Yormark has suddenly become the czar of Twitter in recent days — or so he thinks.

Yormark announced on Monday that plastic rats — which had been getting thrown onto the ice as part of Florida's "Rat Trick" tradition — will no longer be sold at BankAtlantic Center. While it sucks, it's somewhat understandable, as you just can't have random objects flying onto the ice surface (unfortunately).

Yormark's tweet regarding the decision ruffled a few feathers, though.

Visiting fans? You're right, there's probably thousands of Devils fans cocked and loaded with plastic toys, ready and waiting to gun them onto the ice in an effort to draw a penalty against the Panthers.

While it'd be brilliant, something tells me such a time-consuming sabotage mission by New Jersey fans isn't the problem; it's the fact that the Panthers haven't won a playoff series since John Vanbiesbrouck was in net, so they're understandably a little excited — and maybe even a little disoriented — when they enter the arena.

Anywho, the news of the rat ban and the subsequent blame pinned on "visiting fans" led — as you'd expect — to some Twitter responses aimed at Yormark. But rather than going about his business as most figures in power probably would, the Panthers CEO decided to be "that guy."

Yormark responded to fans' criticism by seemingly trying to crush them to dust, revoking Twitter privileges and stomping on people's self-worth at every turn.

Listen, I've always felt that if you're going to dish out criticism, you better be willing to accept it in return. But attacking the amount of followers someone has, or saying "no one cares what you think," makes you sound like a meathead.

A snarky response — while still a bit questionable given his position — could still be the way go in certain instances (again you dish it, you take it), but the vibe this guy gives off is one of "Do you know who I am?" and "I'm better than you."

Well, maybe you are little bit more successful than your average human, Mr. Yormark — although your public relation skills are clearly subpar. But let's dial back the Twitter tough guy mode.

Then again, what's my opinion matter? I only have around 300 followers. 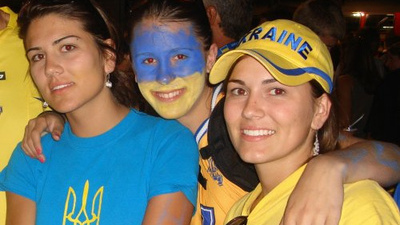