Report: Donte Stallworth Works Out for Patriots, But Doesn't Get Contract Offer - NESN.com Skip to content

That would explain why the team brought Donte Stallworth in for a workout on Tuesday, according to Mike Girardi of Comcast Sports Net. The team did not offer him a contract. That visit came one day after bringing the team’s seventh-round wide receiver, Jeremy Ebert, back to serve on the practice squad, according to Field Yates of ESPN Boston. Both players were with the Patriots in training camp. Stallworth was cut on Aug. 27, while Ebert was part of the team’s cuts on Aug. 31.

Stallworth was with the Patriots in their 16-0 2007 squad. He caught 46 passes for 697 yards and three touchdowns that season. 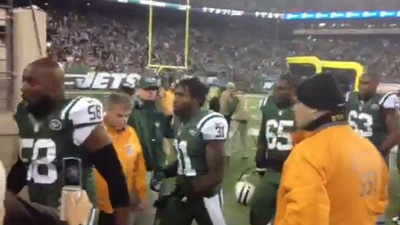