That’s how one could reasonably describe Robert Kraft, who owned Patriots season tickets since 1971 before eventually becoming much more involved with the team financially. Kraft’s fandom dates back to the Pats’ days playing in the AFL, in fact, so it’s obvious why he would want to further immerse himself in the organization upon obtaining his fortunes.

Still, Kraft’s purchase of the (at-the-time struggling) franchise required a huge leap of faith by the Brookline, Mass., native.

The key to being a good business owner often is the ability to separate business and pleasure. While one must be passionate about his endeavors, he must also possess the ability to make key decisions — decisions usually based on one’s head and not his heart. Consider Spike TV’s hit show Bar Rescue.

Bar Rescue involves Jon Taffer, a longtime food and beverage industry consultant, arriving at struggling bars and restaurants, analyzing their flaws and then whipping them into shape. Many times on the show, the reason for the establishments’ unsavory situation is the owner’s inability to adapt to change or make difficult decisions, and the reluctance often stems from the owner thinking with his heart rather than with his head. Kraft has shown an ability to think with both throughout his tenure as owner of the Patriots, though, and they’ve become a better organization because of it.

Kraft’s business acumen is the biggest reason the Pats are the second most valuable NFL franchise, behind only the Dallas Cowboys, according to Forbes, but his purchase showed that he was willing to roll up the sleeves rather than sit idly by as his favorite team lingered in mediocrity amid an uncertain future.

Kraft, an intelligent fellow who earned degrees from both Columbia University and Harvard, began his professional career with a Worcester-based packaging company called the Rand-Whitney Group. The group was owned by his father-in-law, and Kraft still serves as the company’s chairman and CEO. Kraft later founded International Forest Products, a physical paper commodity trader, in 1972, and he made his first splash in the entertainment industry by helping a minority business group purchase what is now the NBC-affiliated Boston station WHDH-TV. Kraft would go on to buy several Boston radio stations, and The Kraft Group, which was founded in 1998 and includes privately held companies across various industries, would go on to make him an annual fixture on Forbes’ list of 400 richest Americans.

That is all fine and good. Kraft’s business undertakings stretch wide and far, and he’s certainly well-off because of it. But in a society in which sports so often dominate the headlines, it’s the purchase of the Patriots that identifies Kraft as a businessman. And at the time of the purchase, some might even say he acted a bit crazily.

Kraft first dipped his toes in the Patriots’ ownership waters in 1985 by purchasing an option on the parcel adjacent to Foxboro Stadium, which at the time was still called Sullivan Stadium. He then stepped his game up a few years later, purchasing the stadium out of bankruptcy for $25 million from former Patriots owner Billy Sullivan. Sullivan went on to sell the Patriots to Victor Kiam in 1998, but perhaps we should have seen Kraft’s eventual ownership coming.

In 1992, the Patriots changed hands again, with Kiam selling the franchise to James Orthwein, leading to speculation that the St. Louis businessman may opt to relocate. Kraft refused to accept a $75 million buyout of the club’s lease at Foxboro Stadium, though, and he instead opted to turn around and offer a then-record $175 million for the outright purchase of the New England franchise.

In today’s NFL, such a proposal might not be seen as anything groundbreaking. However, the Patriots, who were still without a Super Bowl title at the time, were one of the league’s least valuable franchises. Home games were hardly the sold-out affairs that they’ve since become on Kraft’s watch, and there were questions about the team’s long-term future.

Many Patriots fans had begun to realize that the team likely wouldn’t be staying put in New England, which made the 1993 season finale seem like a send-off of sorts. But following a dramatic victory over the Dolphins, Pats fans stuck around, which may have been what ultimately put Kraft, a prospective owner, over the top when it came to trying to reel in the team.

“He turned to his son Jonathan and said, ‘There’s no way we’re not winning this,’ ” Peter King wrote in a 2012 Sports Illustrated article.

Did Kraft’s decision to spend a record amount on one of the least valuable franchises in the league make sense? Nope. Was it a good business move? Well, it certainly didn’t seem like such at the time.

However, Kraft thought with his heart instead of his head, and while that’s so often not the best way to do business, there are other instances when such a move pay off. (Case in point.)

“I’ve been around Mr. Kraft a lot when he’s got all these spreadsheets and data in front of him,” quarterback Tom Brady told Sports Illustrated. “But it’s his instincts that he really trusts. He goes with his gut. And look at his track record — he’s always right.”

Sometimes, when you take a leap of faith, you fall flat on your face. In Kraft’s case, he survived the impact of purchasing the Patriots, and he’s helped morph the franchise into a juggernaut ever since.

No spreadsheet could have seen that coming. 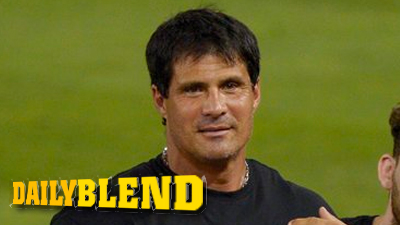 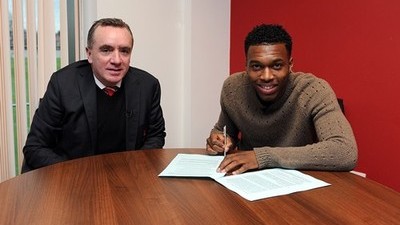