With an official agreement signed and NHL teams getting ready to play hockey again, the question now becomes how hockey fans feel after the long layoff.

In Boston, at least, the Bruins aren’t taking any chances. The team has announced a variety of perks that will be rolled out as the shortened, 48-game season begins.

But it doesn’t stop there. On Sunday morning, Tyler Seguin and his teammates were apparently hard at work doing their part to let fans know that they’re appreciated, signing memorabilia before training camp opened.

Check out a tweet from Seguin’s busy morning below. 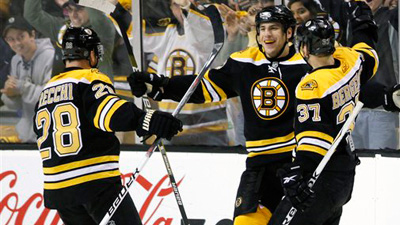 Bruins to Offer Giveaways, Free Concessions, Discounts for All January Home Games as Thanks to Fans