Will Middlebrooks Optimistic That Wrist Injury Was 'Just a Scare,' But Losing Slugger Would Be Nightmare for Red Sox - NESN.com Skip to content Will Middlebrooks threw his helmet in disgust. The young third baseman thought, at least for a second, that the hard work he put in during the offseason while recovering from a wrist injury was all for nothing.

Middlebrooks, who missed the tail end of 2012 with a broken right wrist, gave Red Sox fans quite the scare on Wednesday when he exited Boston’s spring training game against Baltimore in the first inning after an awkward swing against Orioles starter Chris Tillman. Fortunately, it looks like Middlebrooks has avoided disaster, but it certainly wasn’t before many Sox fans — and Middlebrooks — feared the worst.

“It’s not as serious as we thought it was. ? Everything as of now seems fine,” Middlebrooks told reporters Wednesday in the Red Sox’ clubhouse. “It was more of a scare because it was of the area it was, right where I broke it last year. I just took a swing — obviously it looked pretty awkward, and it felt just as awkward as it looked. It was more precautionary. I probably could have stayed in the game and been fine, but they just wanted to make sure everything was alright.”

Middlebrooks will be examined again on Thursday, but the slugger’s optimism is a welcome sight, especially given his importance to the Red Sox’ offense this season. In his first taste of big league action, Middlebrooks hit .288 with 15 home runs and 54 RBIs in just 267 at-bats over 75 games. He established himself as one of Boston’s most dangerous offensive threats during that short time, and the hope has been that he’d be able to bounce back from last season’s wrist injury to pick up right where he left off before going down in August.

“I was just frustrated,” Middlebrooks said of Wednesday’s close call. “I’ve been busting my ass to get this thing back to where I can play. In my head, I was worried there might be a setback, and I don’t think there’s going to be. It worried me for sure, but I feel fine. ? It was just kind of a freak thing that scared everybody, including myself. It’s not serious. Like I said, it was just a scare — it scared me, it scared everyone else, but we’re just making sure. It’s not a big deal.”

The Red Sox need to pray that Middlebrooks’ injury really was “just a scare.” His presence in the order is a necessity if the Red Sox are going to muster up enough offense to overcome any pitching shortcomings that may once again plague them in 2013.

The Red Sox’ lineup is completely revamped. Mike Napoli, Shane Victorino, Jonny Gomes and Stephen Drew are expected to be penciled in to the starting nine on Opening Day, meaning that comparing this year’s team to last year’s is — at least from an offensive standpoint — apples to oranges. What’s obvious, though, is that Middlebrooks has as much power potential as any slugger in the Boston order, including David Ortiz, and that propensity for the long ball is something that will surely be needed.

Since Manny Ramirez was traded away and Jason Bay went on to sign with the Mets, the Sox have lacked a power compliment to Ortiz. Adrian Gonzalez figured to be that guy, but it obviously didn’t work out. And while others have put up some decent home run totals, Middlebrooks looked in his brief stint last season like he had the potential to become exactly what Boston needs. He’s a young, right-handed hitting, middle-of-the-order bat capable of providing Ortiz with the protection the veteran needs to be his very best.

Sure, even before Wednesday, there were questions regarding Middlebrooks. That’s going to be the case any time a guy misses the final month and a half of the previous season, especially during such a crucial stage in his development. But what’s undeniable is that losing Middlebrooks, even for a short period of time, would be quite the blow to John Farrell‘s bunch.

An injury to Middlebrooks would immediately evoke cries for the Red Sox’ top prospect, Xander Bogaerts. But while giving the 20-year-old a shot in the bigs would be the sexy, head-turning move, it would in no way be the right one, as Bogaerts could still use some more seasoning, and his value is significantly higher at his natural shortstop position. More likely, an injury to Middlebrooks would mean Pedro Ciriaco — who replaced Middlebrooks on Wednesday — would find himself in the starting lineup. Ciriaco performed well at times last season, and was actually one of the few bright spots in the disaster that was the Bobby Valentine era, but he’s clearly much more valuable in his current role. Ciriaco can play a number of positions, including the outfield (even if not-so-gracefully), so making him a permanent lineup fixture would rid the Red Sox of one of its biggest bench assets.

Any time a player goes down, it’s scary. When that player is a 24-year-old who figures to be a huge part of your quest to once again contend, it’s downright horrifying. Fortunately for the Red Sox, the nightmare might be short-lived. 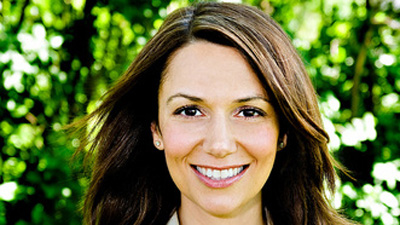