David Amerson isn’t exactly the most technically sound cornerback in this year’s draft class, but he is the best playmaker. And that may just pique the Patriots’ interest.

Over the past two seasons, Amerson has intercepted 18 passes and returned three for touchdowns to help steady North Carolina State’s secondary. He first emerged onto the national scene in 2011, leading the nation with an ACC-record 13 picks, and quickly jumped to the top of many scout’s cornerback rankings ahead of the 2012 season.

Some unexpected struggles and a few glaring flaws in coverage saw Amerson’s stock fall off the side of a cliff last season. His interception totals and playmaking ability still impressed, but some risky decision making and issues with his technique on the outside raised red flags.

An impressive showing at the combine, which confirmed his raw athleticism, helped his stock, but not enough to get back to the top of draft boards. That doesn’t mean the Patriots aren’t interested in his services, though.

With the return of Aqib Talib on the outside and Kyle Arrington in the slot, it might seem like there’s no place for Amerson in this defense. But, considering Alfonzo Dennard’s still uncertain status for next season and Ras-I Dowling’s checkered injury history, adding a talented corner like Amerson might make some sense.

Editor’s Note: NESN.com will evaluate and analyze one potential Patriots draft prospect every day from March 27 up until the start of the NFL Draft on April 25. Amerson is the eighth player in that series.

Amerson piled up 170 tackles in his three years at NC State, but the important number for Amerson stems from his elite playmaking ability. After a fruitless freshman season on the interception front, Amerson led the nation with 13 picks in 2011 and followed that up with another five interceptions in 2012, returning three of those 18 picks for touchdowns.

Many teams have him pegged as a safety at the NFL level, which the Patriots appear set at for the near and distant future with Devin McCourty, Adrian Wilson and 2012 second-round pick Tavon Wilson. His abilities at cornerback are intriguing, though. Amerson developed a keen sense for the football so with his big frame and playmaking abilities, Antonio Cromartie seemed like a good comparison. If he’s able to build

Very likely. His high interception totals will certainly draw some attention from teams looking for a difference maker in the secondary, but his penchant to get burned deep will likely quell their excitement. Amerson seemed like a lock first-rounder coming off his exceptional 2011 season, but much of his game was exposed last year and questions remain. There are a lot of teams looking for secondary help in this year’s draft, but there are a handful of better options for them in the first round. Expect Amerson to be second- or third-round pick.

Strengths: His 18 interceptions over the past two seasons should say it all. Amerson has a nose for the football and is capable of taking every pass the distance back for a score. He excels in zone coverages and with help over the top. He also shows the ability to set the edge on run plays, too.

Weaknesses: Even with his playmaking abilities, Amerson gets beat deep over the top and loses track of his man in the open field too often. He takes a lot of risks on passes, which could make him a coverage liability, and he isn’t great at pressing receivers at the line. He’s also not a strong tackler and often dives at the runner’s feet rather than trying to wrap them up.

Scout Amerson for yourself below. 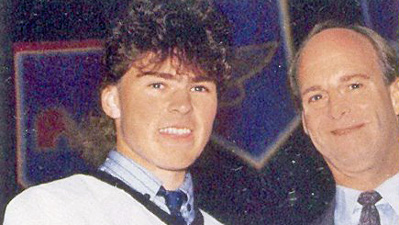 Which Player Was Drafted No. 1 Overall in Jaromir Jagr’s 1990 Draft Class?

Josh Reddick Brushes Back People Telling Him to Shave Beard