The one man who is actually qualified to compare Michael Jordan and Kobe Bryant has finally done so.

Phil Jackson, who coached Jordan to six NBA titles with the Chicago Bulls and Bryant to five with the Los Angeles Lakers, is finally giving more than an offhand comment about what separates the two stars.

And, like many others, Jackson seems to be going with Jordan as the runaway best-ever.

Jackson shares some of his thoughts in his new memoir co-written with Hugh Delehanty, Eleven Rings: The Soul of Success, which is due out Tuesday. The book, which also revealed that Jackson had cancer in 2011, got an advance look by Mike Bresnahan of the Los Angeles Times.

In the book, Jackson appears to make it clear that Jordan’s game was at a higher level than Bryant’s, both on and off the court.

“Michael was more charismatic and gregarious than Kobe. He loved hanging out with his teammates and security guards, playing cards, smoking cigars, and joking around,” Jackson said in the book, according to Bresnahan. “Kobe is different. He was reserved as a teenager, in part because he was younger than the other players and hadn’t developed strong social skills in college. When Kobe first joined the Lakers, he avoided fraternizing with his teammates. But his inclination to keep to himself shifted as he grew older. Increasingly, Kobe put more energy into getting to know the other players, especially when the team was on the road.”

While Bryant has admitted that his learning about leadership and how to get along with teammates has taken some time, Jackson’s next assertion, which focuses on actual skill, may rile Bryant a bit more.

“No question, Michael was a tougher, more intimidating defender,” Jackson wrote. “He could break through virtually any screen and shut down almost any player with his intense, laser-focused style of defense. Kobe has learned a lot from studying Michael’s tricks, and we often used him as our secret weapon on defense when we needed to turn the direction of a game. In general, Kobe tends to rely more heavily on his flexibility and craftiness, but he takes a lot of gambles on defense and sometimes pays the price.”

Jackson also addressed the way Bryant has tended to take over games, although he did note that Jordan had some physical qualities that gave him an advantage, such as strength, “bigger shoulders and a sturdier frame” and large hands.

“Jordan was also more naturally inclined to let the game come to him and not overplay his hand, whereas Kobe tends to force the action, especially when the game isn’t going his way,” Jackson wrote. “When his shot is off, Kobe will pound away relentlessly until his luck turns. Michael, on the other hand, would shift his attention to defense or passing or setting screens to help the team win the game.”

All in all, there’s not much new information there — but the fact that Jackson is the one saying it gives Jordan some real points in this one-on-one. 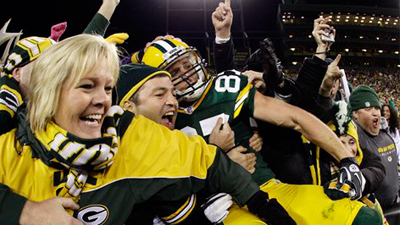 TBS Developing TV Show ‘Cheeseheads’ to Feature Packers Fans Who Are ‘Loud, Proud and With Lots of Beer’ 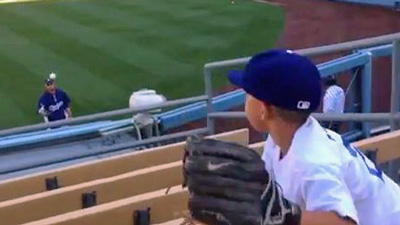