FOXBORO, Mass. — The Patriots understand they play a game for a living. That’s probably why they stressed the distraction they have faced this offseason is a real-life situation.

That distraction is, of course, the murder investigation regarding Aaron Hernandez. Tom Brady referred to the arrest as a “real-life situation” once, while Vince Wilfork used that same phrase six times. It’s obvious the team felt they needed to address the “real-life situation” before they could fully move on to football.

The team could have ignored it. They could have swept it under the rug or buried it. But Bill Belichick addressed the situation head-on with a seven-minute prepared statement. Brady, Wilfork, Devin McCourty and Jerod Mayo avoided some questions with the valid excuse that they can’t talk about ongoing legal proceedings, but didn’t shy away from all questions and that is what is important.

“First and foremost, it?s a sad situation for the victim?s family,” Wilfork said. “You?re not dealing with just football right now. You?re dealing with a human being; you?re dealing with life. It?s sad and disappointing, but at the same time you get a chance to come into something we love to do and play football. One thing we?re going to have to do is try to keep everything separate. When you step on the field and control what you can control and that?s playing football, getting better each day. That?s my main focus is to try to do that. It?s started and it?s here.”

Wilfork had a different tenor in his voice than what we’ve grown accustomed to. It was apparent Wilfork meant what he said and he wasn’t just trying to gain sympathy for the team. At the same time, the team is trying to push the conversation away from the murder and on to football. Wilfork, Brady and the captains aren’t employed to talk about homicide. Their job is to play football, and any time spent away from that is keeping them from doing what they’re paid to be doing.

“I know the last six weeks have been distracting for a lot of people but I?d say for this team, we?re trying to focus on our job and what we have to do to come out and win football games,” Brady said. “Certainly it?s a very tragic thing that happened; someone loses their life. But all those things were out of the players? control here. We?re not really a part of that situation so I don?t think it does a lot for us to get too much involved in that.”

Brady was not all business, though. He, like Wilfork, made sure to let the media know the team was taking the situation delicately. There was a reason Belichick wanted those four players to talk on Thursday. He knew they would say the right things and have the correct demeanor.

“It?s a terrible thing that happened. Look at the city of Boston this year, what happened in the Marathon,” Brady said. “Look, these are very terrible things that you wish never happened to anybody. There?s a very human, compassionate element that we all have, and when it?s someone you know has been on our team, it?s a very sad thing. I think that we as a team have tried to move forward with better awareness and understanding of these types of things. Hopefully nothing like this ever happens again.”

McCourty, who is the youngest captain at just 25 years old, had a similar message to the media. He, like Brady and Wilfork, chose not to address Hernandez directly and chose to speak about Odin Lloyd‘s death instead.

“Like everyone else just shocked. It’s a very sad story,” McCourty said. “A man lost his life. When you deal with anything like that it’s bigger than football or than any of us. Obviously, thoughts and prayers to everyone in the family and anyone involved in the situation. I think everyone when you turned on your TV, you were shocked and saddened by it.”

Mayo was the most succinct with his feelings on the situation and chose to talk about football above all else. One message came through clearer than any other, though: the Patriots are moving forward.

?First of all, our condolences go out to the family,” Mayo said. “At the same time, us as a Patriots organization, we?re coming out here to get better as a team and we?re moving forward.”

In the end, the Patriots don’t want this situation to tarnish their reputation. Belichick and Wilfork both spoke on the hundreds of players that have come through New England without any trouble. Brady talked about players like Mike Vrabel and Tedy Bruschi, who represented the Patriot Way. McCourty said he feels the responsibility to not let this Hernandez situation become bigger than what the Patriots have built for over 50 years.

“All the guys we have here to keep doing the right things and doing the things this team believes in, which is winning games and doing great things in the community,” McCourty said. “We have a large number of guys who have done that now and have done that in the history of this organization. I feel fortunate enough to be a part of it and I’ve learned from former players, guys who have played here that I’ve gotten a chance to meet, on how to do things and what’s expected. My role as the captain on this team is to keep that going and to show the younger guys how we get that done. That’s what I’ll do.”

It’s obvious the Patriots simply want to get past Hernandez. But they didn’t want to be callous about doing so. Don’t expect this newfound openness with the media to last, though. If Hernandez questions linger, the team will start shutting them down. 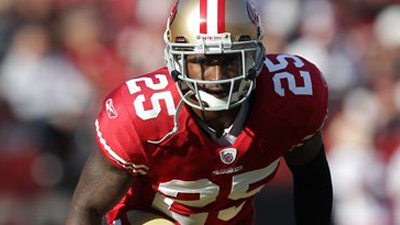 49ers Cornerback Tarell Brown Loses $2 Million by Not Working Out With Team, Finds Out on Twitter 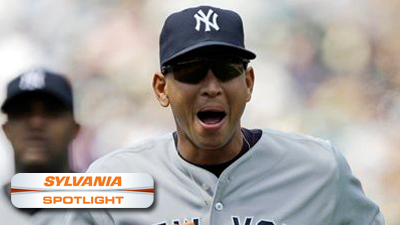