Don’t expect to see Tom Brady running the wildcat anytime soon. But that doesn’t mean the Patriots won’t at least dabble with an option-style offense.

Bill Belichick was asked about defending the wildcat before Wednesday’s joint practice with offensive innovator Chip Kelly and the Eagles. His response was actually rather revealing, giving some insight into how the Patriots prepare for such gimmick offenses.

?I mean, we got into the wildcat,? Belichick told reporters in Philadelphia. ?It was something we prepared for every week. Some teams did it, some teams didn?t. Most every team that we played a couple years ago had at least shown it at some point during the year — maybe not necessarily against us but against another opponent, whoever their wildcat-type player was.”

The Patriots were the first real victim of the wildcat in the NFL, getting burned for more than 200 yards on the ground by Ricky Williams and Ronnie Brown when the Dolphins trounced the Pats 38-13 during a Week 3 blowout in 2008. The Dolphins’ unexpected success — at the hands of the Patriots’ relative lack of readiness — sparked a wildcat resurgence in the NFL. Other teams start rolling out option offenses, even if only for a few plays.

Now, almost every team has at least some form of an option package in its playbook. The 49ers, Panthers, Redskins and Seahawks have all fully embraced the alternative offense, with mobile quarterbacks like Colin Kaepernick, Cam Newton, Robert Griffin III and Russell Wilson taking the dual-threat label to a whole new level.

With Newton on the schedule and other teams trying to create a wild horse, bird or cat of their own, the Patriots know they’ll face the option attack a few times this season, which is why they’re making sure they are well prepared.

?I think there are a lot of quarterbacks in the league that aren’t going to run a read, riding the side or that option type of thing,” Belichick said. “Then, there are quarterbacks that are capable of running it, whether they do or don?t, depending on their scheme, offensive coordinator and coach and all that. We definitely have to run it and be ready for it, but I don?t know. I don?t know how it?s going to go.?

The Patriots have their own option quarterback in Tim Tebow. Tebow has already been seen running some read-option looks during Patriots training camp, and, by the sounds of Belichick’s comments, preparing the defense for such offenses might be just why the Patriots signed him. 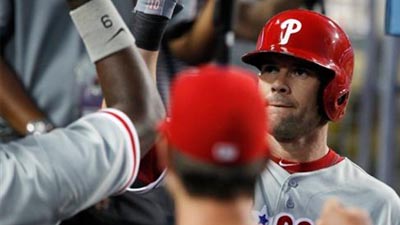