Rob Gronkowski could avoid the PUP list to start the season, after all.

Adam Schefter of ESPN reported the “buzz is positive” about Rob Gronkowski’s recovery from back surgery.

“Buzz seems to be building the positive way,” Schefter said on NFL Insiders, as transcribed by Rotoworld. “I haven’t heard too many discouraging things. … So far the buzz is positive.”

Rotoworld went on to write that Schefter said Gronkowski is likely to avoid being kept on the PUP list to start the season. If Gronkowski does not come off the PUP list by the start of the season, he would be forced to miss the first six weeks. 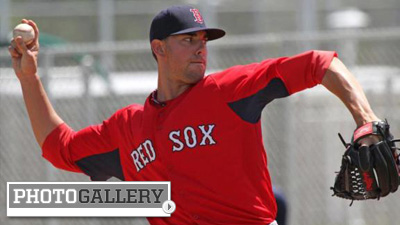 Xander Bogaerts Continues to Impress, Will Middlebrooks Gets Ejected in Week That Was in Red Sox Farm System (Gallery)