Devin McCourty Stood Out at Safety, Cornerback, Filling in for Aqib Talib in Patriots-Saints Film Review - NESN.com Skip to content It has become the norm this season, but Aqib Talib was the best player on the field on Sunday afternoon at Gillette Stadium.

He was the best defender, best Patriot, best football player — better than Tom Brady or Drew Brees. Unfortunately, his greatness was only on display until the 9:27 mark in the third quarter. Talib layed out to push Darren Sproles out of bounds and grabbed his hip. He was lost for the remainder of the game.

It wasn’t a giant surprise that the Saints marched down the field on the same drive to tie the Patriots 17-17. How New England chose to replace Talib was a bit of a surprise, though.

Before Jimmy Graham, who Talib and the rest of the Patriots held catchless, got injured, the Patriots slid Devin McCourty down from safety to play cornerback. New England inserted rookie Duron Harmon at safety in McCourty’s place. When Graham was out, McCourty stayed at safety and Logan Ryan came in to play cornerback. There were also snaps when the Patriots used six defensive backs, so Ryan and McCourty were playing cornerback at the same time. (There were also snaps when the Patriots played five defensive linemen, four linebackers, a cornerback and a safety, but we can talk about that later.)

After Talib left the game, Kyle Arrington covered Graham five times, McCourty covered him four times, and Alfonzo Dennard and Ryan each covered him once. It’s unclear what the Patriots will do if Talib has to miss any extended time, but it’s likely we see the same combination of McCourty playing cornerback with Harmon at safety, and Ryan playing cornerback with McCourty at safety. Basically, it revolves around a bunch of guys that went to Rutgers, which sums up the Patriots team as a whole pretty well.

Now, let’s get into this week’s film review.

Tom Brady was much better in Week 6 than he was last week, especially in the first half and last drive. In between, well, it wasn’t too pretty for the entire Patriots’ offense. Brady and the offensive line can be blamed for a few of the Saints’ five sacks. Everyone has to make better adjustments at the line.

Brady’s pass to Kenbrell Thompkins in the end zone was a beauty. He hasn’t made many better throws this season.

Stevan Ridley gave New England’s offense a big boost. He’s one of the best running backs in the NFL at plowing through rushing lanes, even as they’re closing. He accelerates very quickly off the hand off, even if he doesn’t have incredible deep speed.

Brandon Bolden‘s stats were helped by a 12-yard run. LeGarrette Blount‘s were not helped by some less-than-ideal offensive line play. It doesn’t assist Blount that he can be plodding at times out of the handoff. Such is the life with Blount. When he’s able to churn out a 50-yard run, he looks great. When he’s not, he’s prone to finish with seven-carry, nine-yard performances. Blount is at his best as he gets more carries. But when Ridley is healthy and playing, he’s the back that deserves that playing time.

Aaron Dobson and Kenbrell Thompkins are improving. Both players have obviously earned trust from their signal-caller throughout the year. Dobson was Brady’s go-to guy in the first half and Thompkins was trusted to catch the game-winning pass. I’d still like to see some better separation down the field from both players.

Danny Amendola was obviously not at 100 percent even before getting knocked out by a helmet-to-helmet hit. Julian Edelman has had better games. He had four drops. Austin Collie looked good in his limited snaps. He earned more snaps moving forward. The Patriots just have to hope he stays healthy, which has been a problem for the BYU product.

Click here to see how many drops each receiver had on Sunday.

Michael Hoomanawanui had his best receiving performance of the season. He was successful as a pass blocker, but the Patriots miss Rob Gronkowski‘s run blocking. Oh, and his receiving ability, too.

It wasn’t a perfect performance by the Patriots’ offensive line, but it was better than last week’s against the Bengals. Brady took five sacks, but most of them came on blitzes that weren’t adjusted for either during presnap or midplay.

The actual blocking was pretty good, though. Dan Connolly left early with a head injury. Many have been begging for Marcus Cannon to play right guard all season, but his performance on Sunday might have shown why Bill Belichick has stuck with Connolly. Cannon struggled inside. The rest of the line played well.

Chris Jones and Joe Vellano had some growing pains in the run game, but for a sixth-round rookie cut by two teams and an undrafted rookie, they played better than one may expect while filling in for Vince Wilfork and Tommy Kelly. Jones got pushed around more than Vellano in the run game, but he’s was also the more-successful pass rusher. Vellano has been up and down all season. I would consider this one of his “up” performances.

Chandler Jones and Rob Ninkovich were both solid in pressuring the passer and setting the edge against the run. The Patriots’ pass-rush stats don’t look great on paper (just one sack), but Brees was forced to get rid of the ball early all game, which helped the defensive backs in coverage.

Brandon Spikes wasn’t quite as dominant as he was against Cincinnati, but he was still very good against the run. Spikes struggled in pass coverage. This may sound ridiculous, but Spikes would probably be a very good cover linebacker if he was faster. Unfortunately, he’s not. So he’s going to struggle against faster players. Spikes’ 5.00-second 40-time speed shows most when Spikes has to trail a receiver down the field.

Jerod Mayo was having another good game before he was lost with a pectoral injury. It looks like the Patriots will have to survive without him until at least the playoffs. Dont’a Hightower will likely be the key fill in for Mayo. Hightower can cover and stop the run. New England will have to show their hand with the other linebacker, though, since Jamie Collins is better in coverage and Spikes excels against the run.

Mayo allowed the most receptions of any Patriots player in coverage (four). Spikes and Collins allowed one catch each. Hightower did not allow a reception on two targets.

After Talib and Mayo went down and Graham was off the field with a foot injury, the Patriots showed looks with five defensive linemen, four linebackers and two defensive backs. The play above was an incompletion intended for Colston. Dennard made a perfect play on the ball and probably should have picked off the pass. Dennard’s dropped at least three interceptions this season. He’s still playing out of his mind, though.

Click here to see how the linebackers performed pressuring the quarterback and in coverage on Sunday.

It was another very impressive performance from the secondary. Talib didn’t allow a catch on three targets. He was staying with Graham and Marques Colston all game. He also dropped back to play safety at times.

Dennard had another extraordinary game. He allowed two receptions on five targets for 45 yards, including a touchdown. That play, however, could not have been covered better. He was fractions of an inch off on his swat. Dennard must be obnoxious to play against. He’s all over his receiver throughout the play, pushing, tugging, pulling and shoving.

Arrington had another strong game, playing in the slot and outside. Ryan is playing very well for a rookie.

At safety, McCourty continues to be one of the best players in the league at his position. He played very well at safety, protecting the deep half of the field, and at cornerback when he was forced to fill in for Talib. Cornerback is McCourty’s natural position, he didn’t miss a beat in moving back down.

Steve Gregory could have helped out better on the touchdown Dennard allowed, but he’s still having a much better season than last. His tackling seems to have really improved. Harmon played like a veteran when he was asked to fill in with Talib out. The Rutgers rookie has shined dating back to training camp. 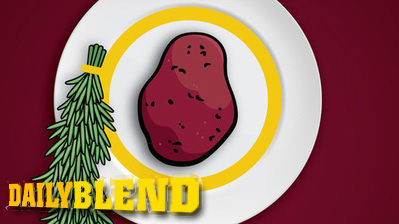 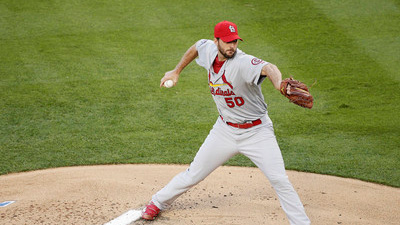