Rob Gronkowski will likely sit out his sixth consecutive game to start the season on Sunday, and his absence is apparently beginning to draw some frustration from people within the Patriots’ organization.

Gronkowski, who underwent multiple surgeries this offseason, has been practicing with the Patriots since before the season began but has yet to suit up for the team on gameday. His absence from the game field has created some tension and resentment toward the tight end within the Patriots’ organization, according to ESPN’s Ed Werder.

Gronkowski was not cleared by Dr. James Andrews, who is being consulted as an independent physician, ahead of Sunday’s game, but he has been taking a lot of reps in practice and has been “dominant” in doing so, according to one of Werder’s sources.

“If he’s not playing in games, he damn sure should not be doing what he is in practice,” the source said to Werder.

Gronkowski is taking extra precaution with his return to the field this season, which is understandable after a quick return saw him suffer a rebroken forearm during the playoffs in January. His continued absence on gamedays, though, has some people in the Patriots’ organization wondering if he will ever be comfortable enough to return this season.

The Patriots’ offense has struggled in the red zone this season, ranking second to last in the NFL with a 35 percent touchdown rate inside the 20. Gronkowski’s presence would have a significant impact on that efficiency, which the Patriots could seriously use at this point. 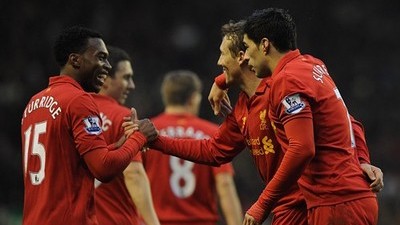