The Patriots are still reeling from a rough loss in Cincinnati, but there’s no cure for a loser’s hangover quite like winning.

It won’t be an easy task this week with the undefeated Saints coming to town for a visit. The Patriots have now faced two legitimate offenses, and the defense seems capable of withstanding tough assignments. This week might be the toughest of all, though.

Drew Brees is one of the top three quarterbacks in football and Jimmy Graham might be the best pure receiving option in the NFL today. Add in a mix of Darren Sproles, Pierre Thomas, Marques Colston and others, and suddenly you’re trying to defend the equivalent of a fully loaded artillery base.

Offense is no longer the only word to associate with the Saints, though. Their defense has enjoyed quite the turnaround this season under the guidance of Rob Ryan, and they rank near the top of the league against the pass, which means Tom Brady could be in for another long day.

The Patriots don’t lose back-to-back games often. You’d have to go back to Weeks 8 and 9 in the 2011 season to find their last back-to-back losses, and the Saints will be hard pressed to repeat history here. There are so many storylines to consider heading into the game, so let’s dive right in and see what some of the keys are in this week’s Patriots Three and Out.

1. Stopping Graham — Graham might be the best receiving threat in football, especially now that Julio Jones is done for the season. He has the size, strength and athleticism to give even the most adept pass defenses fits. He has four consecutive 100-yard games, leads the NFL with 593 yards and ranks second to only Wes Welker (seven) with six touchdown catches. Needless to say, the Patriots need to find a way to stop him or at least slow him down.

Aqib Talib has been the Patriots’ best defender this season, and he’s been matched up with opposing teams’ No. 1s — Jones two weeks ago and A.J. Green last week — consistently. As good as Talib has been this year, he doesn’t have much experience covering tight ends and the size difference alone — Graham at 6-foot-7 and Talib at 6-foot-1 — might pose too much trouble to have him blanket Graham all day. The Patriots will need a combination of Talib, Devin McCourty, Jerod Mayo, Dont’a Hightower and maybe even the rookie Jamie Collins to work together in coverage in order to stop JG.

2. Make Brees feel the heat — If Peyton Manning weren’t around to bully opposing defenses, Drew Brees would be getting a helluva lot more publicity than he has to this point in the season. After a frustrating year in New Orleans a season ago, Brees and the Saints’ offense are back to doing what they do best — scoring lots and lots of points. That’s bad news for the Patriots.

Brees looks like himself again, and his numbers, which have improved considerably from last season, can tell the story. The best thing the Patriots can do to at least slow the Saints down, though, is to bring constant pressure. Chandler Jones and Rob Ninkovich have done that plenty already this season, and they’ll need to keep it up on Sunday. Not having an interior pass-rushing ninja like Tommy Kelly out there will hurt their ability to disrupt Brees’ flow, but they still have plenty of weapons to get it done.

3. Speed it up — Rob Ryan loves to bring pressure and get after the quarterback — something Brady probably doesn’t much look forward to. The Patriots haven’t used the hurry-up offense much this year, which is a stark contrast from the last few, but they may need to utilize some no-huddle sets to keep Cameron Jordan and company from getting to Brady.

Brady struggled under duress in Cincinnati last week, which was a major reason behind the loss. The offensive line’s inability to protect Brady, especially up the gut, is a concern on the whole and will be even moreso against a Ryan defense. The primary reason for not using the hurry-up to this point is the inexperience in the receiving corps. Five games in now, it might be time to give it a go. Speeding up the pace on offense will keep the Saints’ front seven on their heels and struggling to keep up, which should give Brady enough time to make good decisions and pick apart a nicked-up defense. 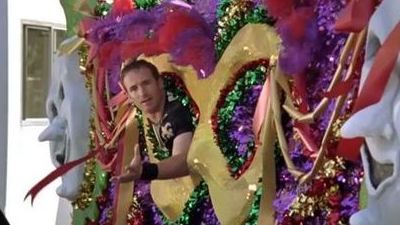 Week 6 NFL Picks: Saints’ Attack Likely to Be Too Much for Patriots, While Giants Are Still Bad