Serena Williams likes to make one thing clear: She is never satisfied, no matter how many matches and tournaments she wins.

Driven as ever, Williams won plenty this year. She went 78-4 with 11 titles, including at the French Open and U.S. Open, raising her Grand Slam championship total to 17. She compiled a 34-match winning streak. She earned more than $12 million in prize money, a record for women’s tennis. In February, she became the oldest No. 1 in WTA rankings history and never left that perch.

Thanks to all of that, Williams was honored Wednesday as The Associated Press’ 2013 Female Athlete of the Year. It’s the third AP award for Williams, following 2002 and 2009. Only two women have been chosen more often as AP Athlete of the Year since the annual awards were first handed out in 1931.

“Whenever I lose, I get more determined, and it gives me something more to work toward,” Williams told the AP in an interview shortly before the start of the U.S. Open. “I don’t get complacent, and I realize I need to work harder and I need to do better and I want to do better – or I wouldn’t keep playing this game.”

The vote by news organizations was about as lopsided as many of Williams’ matches this season. She received 55 of 96 votes, while Brittney Griner, a two-time AP Player of the Year in college basketball and the No. 1 pick in April’s WNBA draft, finished second with 14. Swimmer Missy Franklin was next with 10.

The Male Athlete of the Year recipient will be announced Thursday.

Williams, who grew up in Compton, Calif., and turned 32 in September, produced the finest women’s tennis season in years. According to the WTA:

“She just continues to be an inspiration to American tennis,” said Gordon Smith, the executive director of the U.S. Tennis Association, which runs the U.S. Open. “Her year this year? Unforgettable.”

By adding a fifth career U.S. Open championship, and a second French Open title, Williams also moved within one Grand Slam trophy of the 18 apiece won by Martina Navratilova and Chris Evert. The record is 24 by Margaret Court.

“Serena already has provided significant contributions to taking our sport to the next level. … She is chasing records and no doubt will break many records before she’s finished,” WTA Chairman Stacey Allaster said. “That obviously just brings a lot more attention to our sport.”

Two particular moments in 2013 stuck out to Allaster.

One came at Qatar in February, when Williams cried after assuring herself of returning to No. 1 for the first time since 2010, the year the American needed two operations on her right foot and got blood clots in her lungs.

“You could see the joy, the tears of joy. It meant so much to her, from everything she had been through, to be able to be back at the top of the sport, a sport that she does truly love,” Allaster said.

The second moment came during Wimbledon, when Williams joined other women who have been ranked No. 1 at a celebration of the WTA’s 40th anniversary.

“It was an opportunity to see her in a leadership position. … She did a remarkable job at speaking on behalf of all those great athletes and speaking to future players,” Allaster said. “There’s a little girl, perhaps out there in Compton, who is dreaming of playing on the WTA, and Serena said, `We’re waiting for you, and we can’t wait to meet you.'” 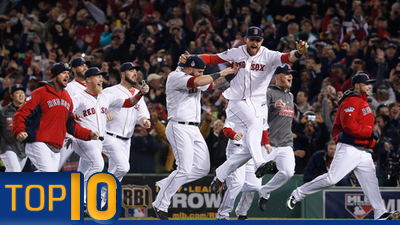 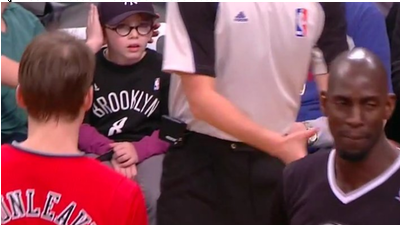 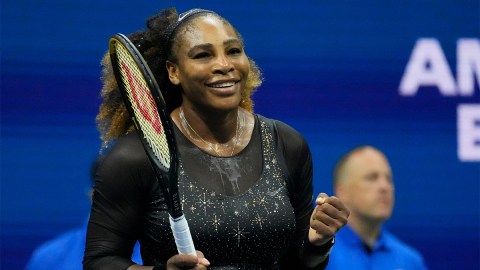 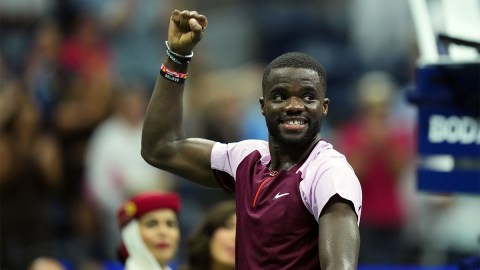