Final, Bruins 4-2: That’s it, and that’s all. The Bruins open the two-game trip with a win over the Stars.

Jamie Benn just crashed the net and was rewarded for it, as he was able to jam home a puck loose in the crease to get Dallas within one.

Third period, 18:33, Bruins 3-1: The Bruins were not able to score on the power play, but there’s not a lot of time left on the clock.

Third period, 16:33, Bruins 3-1: Kevin Connauton was just called for tripping, and the Bruins are back on the power play.

Third period, 15:46, Bruins 3-1: The Bruins were burned on a bad review early in the game, but they just avoided the same fate here in the third and have pushed the lead to two.

Milan Lucic redirected a David Krejci shot from the point, and the puck deflected by Kari Lehtonen. The original call on the ice was a goal, and the video review confirmed that.

Third period, 14:32, Bruins 2-1: That’s one of the biggest penalty kills the Bruins have had in recent memory, as they were just able to kill off the Adam McQuaid penalty.

Just seconds after that penalty expired, the Bruins were given a power play. Ray Whitney was called for hooking, and the Bruins are going to get their own man advantage.

Third period, 8:13, Bruins 2-1: The Bruins were not able to score on the power play, but that was thanks in large part to a great glove save from Kari Lehtonen.

Torey Krug was robbed when he stepped in and one-timed a pass from Milan Lucic that Lehtonen gloved to keep it a one-goal game.

Alex Goligoski was called for tripping, and the B’s power play looks to break out.

Third period, 3:18, Bruins 2-1: Just two minutes after the Bruins lost the lead, they got it right back.

Brad Marchand did a great job of picking the puck up behind the goal line and bringing it in front. His first shot was stopped by Kari Lehtonen, but Marchand jammed at the rebound and got it through Lehtonen’s legs to give the B’s the lead.

Tyler Seguin had the puck on the left wing, wheeling away from the cage, before he turned and threw it at the net. Erik Cole, who was getting up off the ice in front of the Boston net, had the puck bounce off his stick and over the left shoulder of Chad Johnson.

It’s tough to blame the Bruins for that one, but that’s another power-play goal allowed.

Third period, 0:39, Bruins 1-0: The third period is off to a rough start for the Bruins. The B’s will have to kill off their fifth penalty of the night after Torey Krug was called for tripping.

Third period, 0:01, Bruins 1-0: The third period is underway, with the Bruins looking to build on a 1-0 lead and get this two-game road trip started on a winning note.

David Krejci just scored with four seconds to play in the second period when he one-timed a pass from Milan Lucic by Kari Lehtonen to give the B’s the 1-0 lead.

Second period, 16:26, 0-0: The Bruins were able to kill off the penalty to Johnny Boychuk. The Stars got two shots on goal, but the B’s made sure Dallas didn’t get any great chances.

Johnny Boychuk batted a flying puck over the glass, and that gets him a penalty for delay of game.

Second period, 12:28, 0-0: Check that. There will be no penalty for Erik Cole. The referees apparently got together and reversed the call.

Chad Johnson is staying the game after getting some treatment for a cut under his left eye.

Second period, 12:28, 0-0: The Bruins are going to get another power play, but it comes with a little bit of pain for the goalie.

Erik Cole was called for goaltender interference, even though it looks like it was Zdeno Chara’s stick that did the real damage.

Second period, 9:56, 0-0: Adam McQuaid and Shawn Horcoff just got tangled up after a whistle, and they’re both going to the penalty box. They received matching roughing penalties, and play will be four-on-four for the next two minutes.

Second period, 8:00, 0-0: Loui Eriksson was just rocked with a huge hit from Dallas’ Brenden Dillon. The good news for the Bruins, however, is that Eriksson got right up and finished the shift. He seems fine, which is a big deal given his concussion history.

Second period, 6:36, 0-0: The message in the Bruins’ locker room between periods appears to have been a pretty simple one: shoot the puck.

The Bruins had just six shots on goal in the first period, but they already have put eight shots on Kari Lehtonen here in the second period. The fourth line continues to buzz and had a scoring chance a few shifts ago. That came when Shawn Thornton just threw the puck on net, and it got through to Lehtonen. The goalie made the save, but the rebound fell right in front of him, where Gregory Campbell was screening. Campbell couldn’t gather the puck, though, and it was eventually covered by Lehtonen.

Brad Marchand got a shot on goal as he knifed through a couple of defenders in front, and then a couple of shifts later, Carl Soderberg ripped a wrist shot from the right dot that Kari Lehtonen gloved.

Second period, 0:01, 0-0: The second period is underway, and the Bruins will have to kill off some penalty time to begin the middle frame.

End first period, 0-0: The first period has come to an end in Dallas, and we’re still looking for the game’s first goal.

The Bruins were just caught in a sloppy change, and a penalty for too many men on the ice was called.

Zdeno Chara just went after Vernon Fiddler after a stoppage in play. Fiddler bumped into Carl Soderberg, and Chara took exception to that. Chara went after Fiddler. The Bruins captain threw a couple of quick punches, and then Adam McQuaid jumped in as well.

All three players got roughing minors, which means the Bruins will be shorthanded.

First period, 16:00, 0-0: The Bruins were able to kill off the penalty, and Brad Marchand almost netted a shorthanded goal.

The winger took a pass from Patrice Bergeron through the neutral zone that allowed Marchand to walk into the neutral zone all alone. He deked and then tried to put it through Kari Lehtonen’s five-hole, but the goalie made the save to keep the game scoreless.

First period, 13:40, 0-0: The Bruins’ penalty kill, which has been pretty bad lately, has to go to work for the first time in this one.

Torey Krug was called for holding, and he’s off to the penalty box.

First period, 12:12, 0-0: The Bruins’ first line has been slumping as of late, but Lucic, Krejci and Iginla have been very physically involved in the first half of the first period so far.

All three are throwing their weight around, and we’ll have to see if that starts to play dividends, especially on the forecheck.

First period, 11:00, 0-0: Tyler Seguin and Jamie Benn found instant chemistry early this season, and they continue to build on that.

Seguin just made a gorgeous play to stop on a dime on the right wing before firing a pass through the slot to Benn, who was skating down the left wing. Benn quickly put the shot on net, but Chad Johnson went post to post to apparently make the save, with the puck deflecting over the net.

The Merlot Line had already drawn a penalty in the slot when Gregory Campbell jammed home a puck in front. Daniel Paille put the shot on goal, and Campbell was driving the net before pushing the puck through Kari Lehtonen’s legs.

Upon further review, however, it was deemed that Campbell kicked the puck through Lehtonen’s legs. The B’s do get a power play out of it, though.

First period, 2:06, 0-0: The Bruins just wasted a 2-on-1 chance between Patrice Bergeron and Brad Marchand.

Bergeron had the puck on his stick the entire time, but he held it way too long and took away his own angle. It looked as if he was maybe going to wait out Kari Lehtonen and make a pass through the crease, but that play was taken away by the Dallas defense.

Here are the projected lines and D-pairs for the Bruins tonight.

8 p.m.: The two teams have taken the ice in Dallas, and it appears that Chad Johnson will be the Bruins’ starting goaltender. He’ll be opposed by Kari Lehtonen.

1 p.m.: Zdeno Chara will be heading to the Winter Olympics to represent his country, Slovakia, and he’ll serve as the captain of that team as well. That’s not where the honors end for the Bruins defenseman, though.

Chara also will be the Slovakian flag bearer at the opening ceremonies. That complicates things for the Bruins a little bit, though. Because Chara will have to be there for the beginning of the games, he’ll have to leave the Bruins before the Winter Olympics break begins. Claude Julien told reporters in Dallas that the Bruins will be without Chara for at least one game before the Olympics begin.

11:30 a.m. ET: The Bruins are back on the road after a quick stop at home, and they’re still looking to get their game straightened out. The latest chance to do that will come Thursday night.

The B’s are in Dallas to take on the Stars for the series finale between the two clubs. Boston comes in having lost five of its last eight, and the B’s are looking to avenge a shootout loss to Dallas in Boston on Nov. 5.

The Stars are scuffling right now as well. Dallas just recently snapped a six-game losing streak when it defeated the Edmonton Oilers on Tuesday night. The Stars are actually still in playoff contention despite the recent slump, as they’re just six points out of the Western Conference’s eighth playoff spot. They do need to turn things around, though, after the offense has really run dry as of late. Dallas scored just 12 goals in the six-game losing streak before breaking out against Edmonton with a 5-2 win. Former Bruins forward Tyler Seguin scored just once over that six-game skid, as his line’s struggles have coincided with the slump.

Thursday’s game will mark the return to Dallas of a pair of former Stars. The game will be the first time Loui Eriksson and Reilly Smith have played in Dallas as opponents. They went to Boston as part of the deal that sent Seguin and Rich Peverley to Dallas, and both Eriksson and Smith have fit in nicely for the B’s. That’s been especially true of Smith, who comes into the game as the Bruins’ leading goal-scorer. The return will probably be especially meaningful for Eriksson, who played his first seven seasons in Dallas.

Kari Lehtonen is expected to get the start in net for the Stars, while we’ll learn more about the Bruins’ goaltending situation following their 11:30 a.m. morning skate.

Puck drop from American Airlines Center is set for 8:30 p.m. 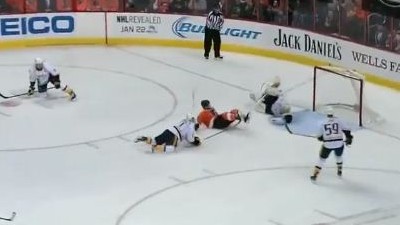