For Vancouver Canucks defenseman Alexander Edler, the transition back to NHL ice after competing on the big Olympic sheet in Sochi was not entirely a smooth process.

During Wednesday night’s 1-0 win over the St. Louis Blues, Edler zeroed in on Blues winger Ryan Reaves along the side boards. The Swedish silver medalist’s hopes for a big hit were dashed, though, as Edler mistimed his check, took a shot to the face from Reaves, flipped into the boards and ended up in a sort of awkward face stand on the ice.

The grimace on his face when he gets up says it all.

Check out Edler’s ill-fated hip check in GIF form below, courtesy of Reddit. 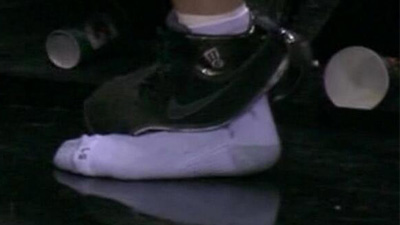