FORT MYERS, Fla. — Koji Uehara was a World Series hero for the Boston Red Sox in 2013. Surely, his life has changed drastically since last October, right?

Not according to Koji.

“Nothing has changed at all,” Uehara said through translator C.J. Matsumoto after the Red Sox’s spring training workout at JetBlue Park on Monday.

?I don?t realize any changes,” Uehara continued when pressed on the issue.

Humility isn’t anything out of the ordinary for Uehara, no matter how extraordinary his overall performance was last season. Uehara, who was thrust into the Red Sox’s closer role in 2013 because neither Joel Hanrahan nor Andrew Bailey was able to secure the job, insisted Monday that the thrill of playing in the World Series never entered his mind until he struck out St. Louis Cardinals second baseman Matt Carpenter for the final out of Game 6.

?I was just trying to get the final out. That?s the only thing that I was thinking — nothing more, nothing less,” Uehara said Monday while reflecting on last year’s Fall Classic. “Of course, when we finally won it, there was an explosion of enjoyment there.?

Uehara’s energy — and therefore his celebrations — is equivalent to the amount of energy typically exerted by several players. Whether it be through a high-five barrage, an emphatic fist pump or by hopping off the mound in an apparent state of ecstasy, Uehara frequently shows why he is one of baseball’s most colorful characters despite the language barrier that exists.

But as Uehara’s humility shows, it’s not all fun and games for the energetic right-hander. Uehara, whose work ethic is reflected in his great physical shape this spring, has impressed teammates and coaches by never getting too complacent amid his success, particularly as Boston’s closer in 2013.

?As we?ve come to know, he?s a stand-up guy and there?s no excuses,” Red Sox manager John Farrell said Monday. “It was even kind of refreshing to hear his comments that, ?I don?t want to be told or given anything. I want to go out and earn my job again.? He?s in a great place.?

Uehara, who turns 39 in April, is coming off a career-high workload and a shortened offseason because of the Red Sox’s World Series run. The Japanese product said he thinks he can handle the extra wear and tear, though, and therefore hasn’t made any adjustments to his usual preparation.

Uehara posted a 1.09 ERA, 0.57 WHIP and 12.2 strikeouts per nine innings last year before continuing his dominance during a pressure-packed championship run. Is it fair for the Red Sox to expect the same level of production in 2014?

Fair or not, Uehara’s focus seemingly hasn’t shifted. The enthusiastic veteran appears to be going about his business like nothing has changed during his time with the Red Sox — as crazy as that sounds. 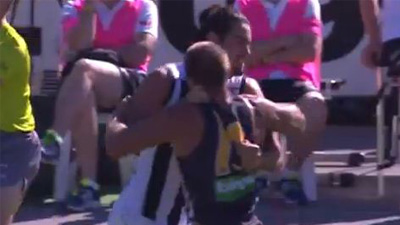