There have been many sporting events that are preceded with an over-hyped build-up that end up being unspectacular and falling far too short of lofty expectations. The meeting between the United States and Russia in Olympic hockey on Saturday? That was not one of those aforementioned scenarios.

The latest chapter in the longstanding rivalry between the world’s two superpowers was written Saturday in Sochi at the 2014 Winter Olympics. While the matchup between the two medal favorites was technically just a preliminary round game, the play on the ice seemed to indicate it was a bit more important than that.

The Americans and Russians both played 65 minutes of inspired hockey and endured an eight-round shootout before Team USA finally emerged victorious with a 3-2 win. Simultaneously, the Americans silenced a deafening pro-Russia home crowd (save for pockets of American fans) with Russian president Vladimir Putin looking on.

The climax was T.J. Oshie’s game-winning shootout goal. But to only focus on that exhilarating moment would be selling this instant classic way too short. The Americans and Russians played the game the way that hockey fans wanted them to play the game. They played it like it meant something. The two teams were fast from the opening face-off. They were also physical. They brought their best to the table, and the result was an undeniably captivating product. This is the game that the sport of hockey should want to sell.

Saturday’s game had it all. There was back-and-forth play both on the ice and on the scoreboard. When the Russians broke through on Pavel Datsyuk’s goal in the second period, the Americans were there to answer. When the Americans took the lead in the third period, the Russians were there to mount their comeback. Even in the shootout, the teams answered each other as the shootout lasted into the eighth round.

The game also had drama. The Russians appeared to take a 3-2 lead at the 15:20 mark of the third period when Fedor Tyutin ripped a slap shot from the left point. The blast went over American goalie Jonathan Quick’s shoulder and sent the Bolshoy Ice Dome into an absolute frenzy. However, the referees quickly got together to discuss something. There was a video review. What was being reviewed was a bit of a mystery. A few moments later, the referee stepped back onto the ice and waved his arms to indicate “no goal.” The shocking and perplexing decision was eventually squared away as the net came off the mooring just before Tyutin scored the would-be go-ahead goal.

Another key component for unforgettable sports moments is the emergence of a hero or two. No one gained more in the three hours at the rink on Saturday than Oshie. The St. Louis Blues forward is well-known among most hockey fans, but he became a nationally known household name for his work against the Russians. In the high-drama shootout, Oshie took over. Olympic rules allow teams to reuse shootout skaters after three rounds. Once the shootout reached the fourth round in Sochi, U.S. coach Dan Bylsma decided Oshie would be his guy. The Washington native didn’t disappoint, scoring on four of six shootout attempts. The final attempt found the back of the net and gave the Americans their latest memorable Olympic win over the Russians.  Hopefully for Quick’s sake, his shootout performance — including a remarkable glove save on Ilya Kovalchuk to set up Oshie’s game-winner — won’t soon be forgotten either.

Saturday’s shootout saga probably won’t be confused with the Miracle On Ice in the history books. Perhaps nothing will ever surpass that 1980 semifinal, and it’s foolish to even suggest a preliminary round matchup featuring two rosters filled with NHL players could even approach that event. But that shouldn’t take away from what will still go down as one of the greatest Olympic hockey games of all time. 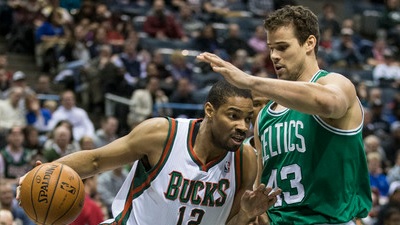