The Boston Red Sox answered one of the biggest questions of their offseason in December when they signed Mike Napoli to a two-year, $32 million contract.

Napoli, who was a key cog in the Red Sox?s lineup last season, was the best first baseman available on the open market this winter, and it was clear from the onset that the two sides were very interested in extending their relationship into 2014 and beyond. Napoli reportedly even turned down a more lucrative contract offer from the Texas Rangers to remain in Boston.

Napoli?s signing wasn?t shocking, as it seemed inevitable that the 32-year-old would return for Boston?s title defense. It was an extremely important move for the Red Sox, however, as the organization doesn?t have much in the way of first base depth in the minors. Not re-signing Napoli would have forced the Red Sox to turn to Mike Carp or to seek out other external options. Corey Hart, James Loney, Justin Morneau and Michael Morse were among the other free-agent first basemen available at the beginning of the offseason.

“It was important,” Red Sox general manager Ben Cherington said this offseason of re-signing Napoli. “It was clearly one of our priorities as we got into the offseason. A lot of things that Mike does as a player are things that we believe in strongly. He’s accountable, he’s responsible, he’s prepared, he’s a unique player in a lot of different ways.”

Napoli, a driving force behind Boston?s beard movement of 2013, can be penciled into the Red Sox?s Opening Day lineup, with Carp and Daniel Nava also expected to see some time at first base in 2014.

Let?s dive more into the Red Sox?s first base situation below.

Napoli played in 139 games in 2013 despite being diagnosed with a degenerative hip condition last offseason and dealing with plantar fasciitis during the year. He?ll once again be a staple in the Red Sox?s lineup as long as he?s healthy, as manager John Farrell even showed a willingness to stick with Napoli amid some major midseason struggles last year.

Carp, who has been the subject of trade rumors this offseason, will be the primary backup first baseman if he?s still on the roster on Opening Day. If the Red Sox move Carp, Nava, who added first base to his repertoire last spring, will become the primary backup in addition to his outfield duties.

Ortiz, of course, will see some time at first base during interleague play.

-Now that Napoli is under contract through 2015, neither he nor the Red Sox will need to worry about an impending free agency throughout the year. That should give both sides some peace of mind.

-Right-handed power is at a premium these days, and Napoli provides plenty of it. The slugger is an excellent complement to David Ortiz, who, of course, provides plenty of pop from the left side. Napoli?s patient approach also is conducive with the Red Sox?s overall offensive philosophy.

-An exit physical after last season revealed no change to Napoli?s hip condition. He has yet to experience any symptoms of the condition, known as avascular necrosis.

-The Red Sox have plenty of catching depth, so the team again won?t be tempted to use Napoli behind the plate, where he spent the bulk of his first seven major league seasons.

-Ryan Lavarnway will play some first base during spring training. That should be beneficial to both the Red Sox, who have a catching logjam and limited first base depth in the minors, and Lavarnway, who has become somewhat of an afterthought within Boston?s crowded catching scene.

-Having two players (Carp and Nava) who can play both first base and the outfield definitely is a luxury, as it allows Farrell to be even more flexible and aggressive in his decision-making.

-Napoli doesn?t just swing a big stick. He was a very good defender in his first full season as a first baseman.

-Ortiz won?t play much at first base. But when he does dust off the leather during interleague play, he?s actually a decent defender.

-Napoli?s hip condition hasn?t been an issue. The elephant will remain in the room, though, and both sides will keep their fingers crossed that the condition doesn?t worsen at any point.

-Napoli set a Red Sox single-season record last season by striking out 187 times. The strikeouts probably will be there again this season, but the Red Sox certainly would like to see him cut back on the K?s to some extent.

-Napoli is the definition of a streaky hitter, and Farrell acknowledged multiple times last season that the Red Sox can live with that. It?s worth keeping in mind when Napoli inevitably hits a rough patch in 2014.

-Carp made the most of his opportunities in 2013, and he didn?t complain at all about his sporadic playing time. One has to wonder if he?ll continue to be OK with a bench role if he produces at a similar level this season.

-The Red Sox don?t have any hot-shot first base prospects climbing the organizational ladder. It shouldn?t be an issue in 2014 or 2015 with Napoli under contract, but the Red Sox should place an emphasis on drafting and developing a power bat at the position over the next few years.

The Red Sox should expect to maintain the status quo in 2014 when it comes to first base. Napoli will bat in the middle of the order, protect Ortiz?s bat, strike out a bunch, rack up some dingers and play steady defense. Expect the Red Sox to keep rolling with Napoli on an everyday basis even if he struggles, as he?s the type of player who must swing his way out of a slump.

Napoli should be expected to start between 140 and 150 games, with Carp and Nava also seeing some time at the position based on matchups and other circumstances that might arise.

Napoli should be the Red Sox?s first baseman for at least the next two years. After that, the Red Sox will need to make a decision on whether to continue their relationship even longer. Napoli will be 34 when he hits the open market after the 2015 season, and the Red Sox?s desire — or lack thereof — to keep him around beyond then obviously will be centered on his production, the market and whether any young alternatives emerge in the Red Sox?s system.

Lavarnway and Middlebrooks are two in-house names to keep in mind when it comes to first base beyond 2015. Lavarnway could really reestablish his value to the Red Sox if he can pick up playing the position. And while Middlebrooks still is viewed as a third baseman, a move across the diamond could make sense if Xander Bogaerts eventually shifts to third base, third base prospect Garin Cecchini reaches the majors and/or shortstop Deven Marrero enters the equation.

Nick Longhi, a 2013 draft pick, is raw at just 18 years old, so perhaps he could develop into a noteworthy prospect. His future could reside in left field, though, as he has a strong arm worth using.

All in all, first base is one of the few areas in which the Red Sox could stand to improve organizationally, although their apparent lack of depth shouldn?t be a problem over the next two years now that Napoli has been re-signed to a multiyear deal.

Editor’s note: NESN.com will provide an organizational outlook for each position in the days leading up to the Red Sox’ first full-squad spring training workout. The schedule for the outlooks is below. 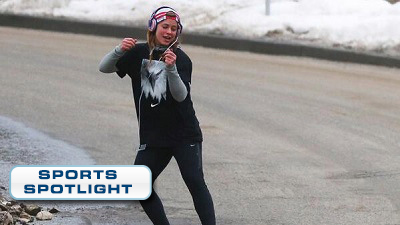