Vote: Do You Agree With Celtics Not Making A Move At Trade Deadline? - NESN.com Skip to content After months of many rumors surrounding the Boston Celtics, president of basketball operations Danny Ainge decided to not make any moves at Thursday’s NBA trade deadline.

Rajon Rondo, Brandon Bass, Kris Humphries, Jeff Green and Gerald Wallace will remain with the Celtics at least through the end of the season as Ainge attempts to rebuild his roster.

Rondo wasn’t expected to be moved, and it didn’t seem likely that Green and Wallace would be traded based on the fact that both are making at least $9 million per season for the next two years. Those contracts aren’t desirable for rival general managers.

However, Bass and Humphries are on expiring deals, which made them more valuable for contending teams in need of rebounding, defense, bench scoring and veteran leadership. It’s now possible that Boston could lose both players this summer in free agency and get nothing of value in return.

Ainge’s choice to stand pat at the deadline was a common one around the NBA. No superstar players were dealt Thursday, and many teams did nothing to make their rosters better for the current season or the future.

Did the Celtics make the right decision by not completing a trade at the deadline? Vote in the poll below. 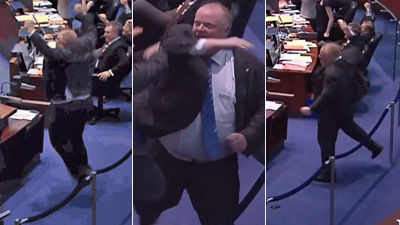