Kevan Miller On Travis Moen, Dale Weise: 'I Hope They're Both OK' - NESN.com Skip to content BOSTON — Bruins defenseman Kevan Miller stood up and answered for himself on Monday night, and he did some damage in the process. Despite that, however, he’s still hoping for the best when it comes to two of his opponents.

Unfortunately for Moen, Miller accepted. The Boston blueliner got the best of Moen as two big right hands connected with Moen’s head. The Habs forward was clearly dazed as he skated off the ice and down the tunnel. Neither he nor Weise returned to the game.

“Yeah, I hope he?s all right — both those guys,” Miller said after the game. “To be honest with you about the hit, I felt bad about it. I just kind of bumped into him. I think he was a little off balance. I stood there just trying to make sure he was okay for a second and Moen asked if I wanted to go. I just hope they?re both OK.”

Miller’s bruising ways have become one of his greatest selling points in his rookie season. The 6-foot-2 D-man has spent the season delivering vicious (and clean) body checks while showing a fearlessness when challenged. As he showed Monday night, he can certainly handle himself when the gloves come off as well. 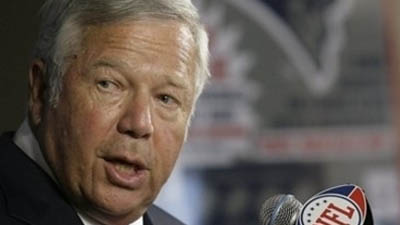