Cam Neely: Fighting Still Has Place In Hockey, But Game Is Changing - NESN.com Skip to content BOSTON — Bruins president Cam Neely knows a thing or two about the importance of fighting in hockey. The Hall of Famer never was afraid to drop the gloves during his playing days, and the B’s have been one of the toughest teams in the NHL during his presidency.

However, Neely knows the game is changing, and those changes mean a reduced emphasis on dropping the mitts.

Neely admitted as much Tuesday when asked about the importance of fisticuffs in the NHL.

“I still believe that we like the physical game and physical play, which at times leads to dropping the gloves,” Neely said during a season-end news conference alongside Bruins owner Jeremy Jacobs and principal Charlie Jacobs. “But there?s always been a lot of talk, primarily with the media, about you know, ?Is fighting still necessary in our game?? I think with the way the game?s played and how it is played and how physical it is, I still feel it is still part of the game.

Neely’s words could be telling when looking at how the Bruins will construct their roster. Noted tough guy Shawn Thornton is an unrestricted free agent, and his time as the Bruins’ enforcer might be ending. The NHL is moving toward a faster, more skilled type of game, which could leave players like Thornton scrambling to find work.

Bruins general manager Peter Chiarelli alluded last week to “trends” in hockey when speaking about Thornton and the Bruins’ fourth line. Chiarelli was quick to say Thornton’s pugilistic prowess isn’t his only skill, but he’s a 36-year-old fourth-line winger who had just eight points in 64 games this season.

The trends are pointing toward the need for more speed and skill. That’s not to say there’s no need for toughness, which speaks to Neely’s original point. Even if the Bruins move on from a player like Thornton, there’s still plenty of tough, physical players left on the Boston roster, with Milan Lucic, Kevan Miller and Johnny Boychuk, just to name a few. 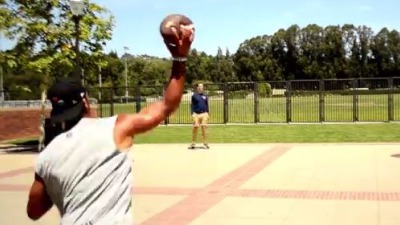