In other words, Garoppolo was at the prime age when sports occurrences stick with young boys forever.

Though Garoppolo was not as highly touted a prospect coming out of Eastern Illinois as Rodgers was out of Cal, he could find himself in a similar situation to what Rodgers experienced as a young pro. The 62nd pick in the 2014 NFL draft could be looking at several years of backing up Tom Brady before he ever sees the field for the New England Patriots.

Rodgers, who tumbled to the No. 24 pick in 2005, eventually became a league MVP after backing up Brett Favre for three seasons with the Green Bay Packers. If circumstances work out anywhere near as well for Garoppolo, Friday’s pick will look like a steal.

“I remember when it happened, (Rodgers) sitting in the draft room and everything, waited a little while, but it’s a very similar scenario,” Garoppolo said via conference call. “It worked out very well for Aaron, so hopefully it’ll work out the same way for me.”

Patriots coach Bill Belichick characteristically offered little insight into his long-term plan for Garoppolo or what the pick means for incumbent backup Ryan Mallett, who has been the subject of trade rumors during this draft.

“I don’t have any control over how things unfold on the field,” Belichick said. “Players go out there and they compete.”

Garoppolo wants to play, naturally, but did not sound upset at the possibility of training for a couple of seasons under one of the best quarterbacks in the game. After all, it is a path that worked fairly well once upon a time for Rodgers. 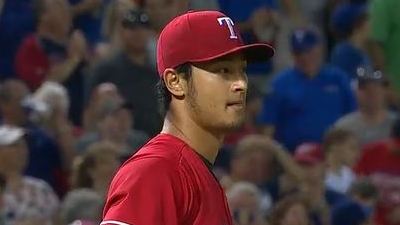