The announcement of the United States’ final 2014 FIFA World Cup roster in Brazil was met with fan backlash when veteran forward Landon Donovan, arguably the face of American soccer, was not among the 23 players selected.

?This is certainly one of the toughest decisions — the toughest decision in my coaching career — to tell a player like him with everything he?s done and what he represents, to tell him that you?re not part of those 23 right now,? U.S. manager Jurgen Klinsmann said Thursday. ?I just see some other players slightly ahead of him.?

Donovan is the United States’ all-time leader in goals and assists, and he has represented his country at three World Cups, but Klinsmann believes other players give the Americans a better chance for success next month in Brazil.

Watch Klinsmann’s full interview in the video below.

As you might imagine, soccer fans took to Twitter with their displeasure over Donovan’s omission. The 32-year-old forward is one of the most recognizable soccer stars that the United States has ever produced, and his many memorable goals — including his goal against Algeria at the 2010 World Cup — made him immensely popular, even among casual fans.

Patrick Peterson: Richard Sherman’s Job ‘Much Easier Than Mine’ 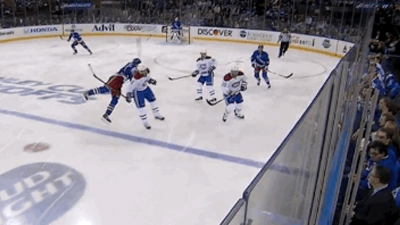